NYPD police have arrested a suspect in connection with an attack on a Hasidic man on a street in the Williamsburg section of Brooklyn this month.

APPREHENDED! HCTF arrrested the person wanted in this assault. Thank you to all NYPD resources and the community. https://t.co/Lz7BQ0ptaU

New York City Council member Kalman Yeger tweeted his thanks to the NYPD Hate Crimes Unit for their quick response to the attack which took place a week ago. A Hasidic man was attacked at around 7:30 pm by a young Hispanic-looking man as he was walking along the sidewalk near the intersection of Marcy Avenue and Rodney Street in the Williamsburg neighborhood in Brooklyn New York.

The attacker trotted up behind the Hasid, swung up his right arm, and punched the man in the back of the head, knocking off his hat and yarmulka while doing so, and causing him to stumble. 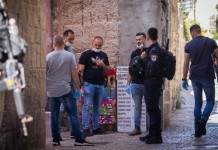 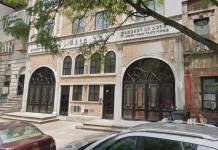