The Seattle Mideast Awareness Campaign (SeaMAC) has launched a new ad on buses in San Francisco with the slogan “Boycott Israel Until Palestinians Have Equal Rights.” The ad is not clear as to which Palestinians are bereft of those equal rights: are they the ones being repressed by Hamas that steals their charity funds, diverting them to luxury homes for Hamas bigwigs and to terror tunnels aimed at kidnapping and murdering Israeli civilians? Are they the ones struggling to make it under an incompetent, corrupt PLO-run Palestinian Authority, that hasn’t run a national election in almost ten years? Or are they Israeli Arabs, with a representation in the Knesset that matches their 20% of the population, democratic freedoms and access to higher education? Or is it too much to ask a bus ad for specifics?

The ambiguous bus ad will run for four weeks, according to a SeaMAC press release. The ad includes the slogan “Stop Anti-Boycott Legislation” and features a list of historic boycotts, including the Boston Tea Party, segregated buses in Montgomery in 1956, and South Africa’s apartheid regime.


“Advocates for Israel’s apartheid are trying to persuade state and national legislatures to outlaw the right to boycott against social injustice in Israel,” said Edward Mast, volunteer board member of SeaMAC. Of course, Israel does not have an apartheid system — the Arab member of the Supreme Court would never approve of it, nor would the thousands of Arab students in Israel’s universities, thousands of Arab doctors and lawyers, and Israeli Arabs from all walks of life who participate in a free Israeli society. It’s not a problem-free society, but compared to the neighborhood it is pretty impressive.

Mast, however, sees attempts to seek legal means of stopping his campaign of lies as an “attack on free speech … one more example of demanding special treatment for the State of Israel.”

SeaMAC ran the slogan “Boycott Israel Until Palestinians Have Equal Rights” on buses in Washington, D.C. and three other cities in 2015, but the same ad was taken off a billboard in Chicago. in early 2016. SeaMAC has also been blocked from running anti-Israel bus ads in Seattle, Washington. 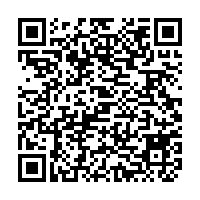