The international Dan David Prize will be awarded  June 9 at Tel Aviv University to an American Jewish philosopher, a research doctor at Johns Hopkins and a French economist.

The Dan David Prize awards three $1 million to individuals with proven exceptional excellence in the sciences, arts, humanities, public service and entrepreneurship that have made an outstanding contribution to humanity.


Leon Wieseltier, American intellectual and philosopher and Literary Editor of The New Republic, will be given the award in the in the present time dimension category of Ideas, Public Intellectuals and Contemporary Philosophers.

Dr. Alfred Sommer of Johns Hopkins University’s School of Public Health, who is known for his striking discovery in demonstrating that vitamin A has the power to save children’s lives, won the prize in the future time dimension field of Preventive Medicine.

Also in the future time dimension, and the only woman to win the prize this year, is French Economist Esther Duflo, whose research focuses on microeconomic issues in developing countries, including household behavior, education, access to finance, health and policy evaluation.

She was recently appointed by President Obama to the President’s Global Development Council. 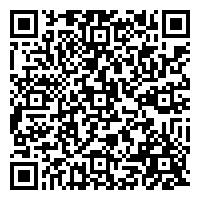