Two members of the United Nations Disengagement Observer Force (UNDOF) were hit by mortar fire Monday in the Golan Heights in Israel in what was allegedly a “spillover” attack on their base from Syria.

One of the two was taken to a hospital in serious but stable condition. The second, a female soldier, was treated at the scene. She is in good condition, the Hebrew-language Ynet site reported. Both were stationed in their base on the Israeli side of the border with Syria at the time of the attack. There has been no confirmation of the above information from the IDF Spokesperson, who issued a terse statement saying only that two UNDOF soldiers were slightly wounded in a “spillover” attack on their base from the Syrian civil war across the border in the Golan Heights.


(Ed. Note: The UNDOF force is comprised of some 800 soldiers from the Republic of Ireland, Fiji, India, Nepal and the Netherlands. It has been monitoring the cease-fire line that separates Syria and Israel on the Golan Heights since 1974. Israel won the territory after a defensive battle with Syria in 1967, and was forced to defend in again in the 1973 Yom Kippur War. It was subsequently annexed by Israel.)

According to military sources, the mortar fire was launched from Syria. But it is not clear who fired the two shells.

They could have been launched by a number of terror organizations or the Free Syrian Army which whom the revolt began. It is also possible they were fired by the government troops fighting to keep President Bashar al-Assad in power.

Likewise, it is possible the mortar fire came from Iran’s elite Revolutionary Guard Corps troops, who have been fighting alongside Assad’s troops for years, together with the Iranian-backed Hezbollah terror guerrillas from Lebanon.

The undisputed fact is that this is not the first time mortars have been fired across the border on the Golan Heights. This time IDF designated the area a “closed military zone” following the attack – even though the IDF again determined it to be another “spillover” from the four-year-long Syrian civil war.

UNDOF transferred its Golan Heights base last year across the border from Syria to Israel due safety concerns. Irish soldiers serving in the force say “It’s a unique mission; danger lurks around every bend,” according to a report posted Monday in the Irish Times.

In that, UNDOF soldiers are facing circumstances similar to those of their colleagues in UNIFIL (UN Interim Force in Lebanon) and the former European Union monitors at the Rafa border crossing between Gaza and Egypt.

That is, when things get a little too hot, they acknowledge the danger and back down – fast.

In this case, they were allowed to move their base to the Israeli side of the border, but today’s attack on the base — “errant mortar fire” — proves such a move is no sinecure.

This past January – just a couple of weeks after the Paris terrorist massacres, in fact – a UNIFIL unit got caught in the crossfire when Hezbollah terrorists attacked an Israeli civilian convoy with a military escort traveling along a road a few kilometers from the northern border.

Hezbollah fired six missiles at the convoy from a position three kilometers deep into southern Lebanese territory in the cross-border attack. The convoy was traveling on a road also deep into Israeli territory.

Two IDF soldiers and a civilian died; several others were wounded. A home in an Israeli Druze village took a direct hit and went up in flames; it was completely destroyed and most of the residents were badly traumatized. 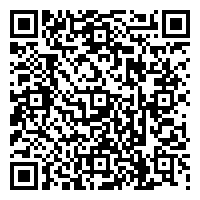