I could poke fun at the name droppage and elaborate sense of John Le Carre mystique infusing paragraphs like:

In war, we have to be able to rely on each other. We meet on the outskirts of the world, where the messiest of conflicts are underway, places like Chechnya, Somalia, Iraq, and Afghanistan. The journalist I’m sharing a drink with in the evening may be the one applying a tourniquet to a potentially fatal wound if I am hurt tomorrow. It is not just the danger that draws us close, but also our time together and the experiences we share.

Bouckaert writes that he and his fisherman-vested buddies are “members of a close-knit, but informal brotherhood – I half-jokingly call us the Vulture Club, as we usually convene only when the blood is flowing. Bonds forged in war run deep.”

This reporter did his service in the 1970s as correspondence for an IDF magazine (after a stint as standup comic, don’t ask, war is hell), so I earned the right to declare that this romantic war bonding garbage makes me gag. Just an opinion.

But, as is so often the case, it now turns out that if a foreign corespondent is a self-centered, name dropping blowhard, he is also likely to be an Israel hater. It’s how God made the world.

And, as The Washington Free Beacon’s Alana Goodman reveals, Bouckaert’s Vulture Club meets regularly on Facebook to trash Israel, the IDF and the Jews’ sinister plans not to be annihilated.

According to Goodman, the closed Facebook page on Tuesday “quickly devolved into an anti-Israel hate-fest,” in response to the newly released Israeli government report clearing the IDF of wrongdoing in the 2000 death of a 12-year-old boy from Gaza (Israel Explodes the ‘Big Lie’ – Gaza Al Dura Boy Wasn’t Killed).

The Vulture Club journalists and activists mocked the IDF report, attacked the IDF, and claimed pro-Israel lobbyists were influencing the media coverage.

In other words, an admitted, 3,500-member media cabal is accusing the Jews of controlling the media.

Mind you, Bouckaert boasts membership in a slew of investigation teams on behalf of Human Rights Watch: he is “a veteran of fact-finding missions to Lebanon, Kosovo, Chechnya, Afghanistan, Iraq, Israel and the Occupied Palestinian Territories, Macedonia, Indonesia, Uganda, Sierra Leone, and many other war zones,” as his official HRW profile boats (incidentally, I hate—and erase in our own publication—the “many other” reference. It suggests the list is too long to include all of the items in this context, but, in reality, it’s an empty bragging. If you’ve been there—mention it by name, otherwise shut the heck up – can you tell I’m angry?)

“As usual, it takes them a long time to really build up the falsehood,” Bouckaert shared with his brave buddies on Facebook. He also blasted the New York Times for its coverage of the report: “It really isn’t good journalism to write this up as if these are credible allegations when it is a pack of lies,” he wrote.

Maybe the NY Times should have added that they fact checked the Israeli report in a bar in bombed out Aleppo, against a stunning Mediterranean sunset—that would have made it much better journalism.

And then, Goodman reports, correspondents from numerous outlets, including the Associated Press and the Agence France-Presse, also piled on.

“[T]he lobby uses all its strength and is able to push anything in majors [sic] English newspapers or in the NYT[imes],” wrote El Mundo reporter Javier Espinosa. “Israeli embassies call their contacts in all those newspapers and they agree to publish that information.”

OMG – that’s like an expose of a crime in progress. You mean to say those Israeli bastards have PR people, special PR experts, and they, like, call newspapers and push their point of view? And the special court at the Hague is keeping quiet? 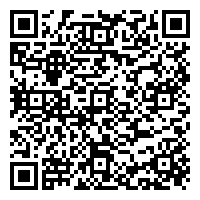