Hungarian President Katalin Novák and Defense Minister Kristóf Szalay-Bobrovniczky visited Israel in November and, among other things, were shown by the defense ministry a demonstration of the Iron Dome system. Now, unlike Ukraine, Hungary does not share a border with Russia – it is, in fact, close to 3,000 miles away from the Russian border, but you know, in today’s pre-big-war Europe it’s always better safe than sorry, what with that oops missile that killed two Polish villagers a while back.

And so, according to Defense News, Hungarian officials say they are interested in the Iron Dome system and have already purchased the radar components that would fit into its architecture.

Two years ago, the Hungarian army signed a contract with Rheinmetall Canada for several multi-mission ELMA-2084 radars, which are made by ELTA, a subsidiary of Israel Aerospace Industries (IAI). Turns out they made a wise choice.

Defense News quoted the President and CEO of Rheinmetall Canada, Stéphane Oehrli, who said at the time of the signing that “in terms of technology transfer, our Hungarian partners also stand to benefit [in the future] from this project.”

How’s that for better safe than sorry?

So, now, Israel is expecting Hungary to help balance its defense budget. They won’t regret it. 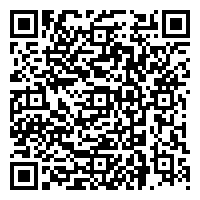