The Iron Dome anti-missile defense system intercepted three rockets fired at Israel by Gaza terrorists in the wee hours of Sunday morning (June 3). A fourth was reported to have landed in an open area in the pre-dawn hours.

Between midnight Saturday and 6 am Sunday the Red Alert incoming rocket alarm sirens wailed through the Gaza Belt region and its area villages, towns and cities at least five times, sending thousands of Israelis racing for cover.

Red Alert incoming rocket alert sirens were triggered a number of times overnight in the Gaza Belt region overnight, making it clear that residents of the region were better off spending the night in their bomb shelters if they wanted to get any sleep.

At 12:40 am, the Red Alert incoming rocket siren sent families racing for cover in Erez, Sha’ar HaNegev Regional Council district, Sapir College and the city of Sderot. The Iron Dome intercepted a rocket fired from Gaza during this attack.

At 1:17 am the Red Alert siren wailed through the communities of Kissufim and Re’im in the Eshkol Regional Council district. One again, the Iron Dome shot down a rocket fired at Israeli communities by Gaza terrorists.

At 3:15 am the sirens were triggered in Nahal Oz and Alumim, Sha’ar HaNegev and Sdot Negev Regional Council districts. A fourth rocket was fired at southern Israeli communities but this time exploded harmlessly in an open area.

No physical injuries were reported — albeit anxiety and sleep deprivation were common in most communities. One person was scratched by a fragment from an intercepted rocket.

The IDF struck at least ten Hamas targets in three of the terrorist organization’s compound’s during the night in retaliation for the attacks. 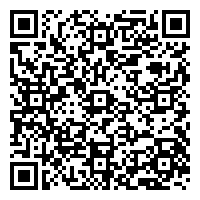