Muslims marking the month of Ramadan in the Palestinian Authority (PA) encountered a confusing situation on Tuesday when some declared that the month-long fast had ended and that Eid al-Fitr holiday should be celebrated, while others announced that the fast should end only on Wednesday.

The extreme Islamic Tahrir (freedom in Arabic) faction, which is constantly challenging the PA’s legitimacy, announced that the fast ended Tuesday, while the PA’s religious officials announced it ends only on Wednesday.


PA officers beat, dispersed and arrested worshippers who adhered to the Tahrir’s ruling. The party, which espouses ideas similar to those of the Islamic State (ISIS), is active in Hebron, Bethlehem and Jerusalem.

The Muslim world at large celebrates its shared holidays on different days. The Sunnis, led by Saudi Arabia and other Gulf states, based their date for Eid al-Fitr on the moon which they said showed that Ramadan ended on Tuesday, while Egypt, Jordan, Malaysia and other Muslim countries read the moon differently and decided to end it on Wednesday.

The PA decided to follow the second ruling and not adhere to the clerics in Riyadh following recent political tensions between Saudi Arabia and the PA.

PA officers beat, dispersed and arrested worshippers who adhered to the Tahrir’s ruling.

The dates of all Muslim holidays are determined by the new moon and are therefore announced just before they commence.

The Tahrir’s rebellious move created chaos on the street, with some celebrating and others still fasting.

The feuding parties took to social media to express their anger and criticism of the opposing side. Some criticized the politicization of the holiday, while others ridiculed the telescope that was set on the Temple Mount to determine the end of the holiday.

The Hizb a-Tahrir is an Islamic fundamentalist political movement, founded in 1953, that rejects any state law which is not Sharia law.

The party is active on the Temple Mount, and Sheikh Assem Amira, one of its senior leaders, regularly preaches and calls for the end of the Jewish state and its replacement with an ISIS-like caliphate.

A Waqf official in Jerusalem expressed concern in a conversation with TPS about Tahrir’s actions. Amira regularly clashes with the Waqf, the Jordanian custodian of the Temple Mount, and has demanded to preach on Friday and decided the content of Friday sermons. 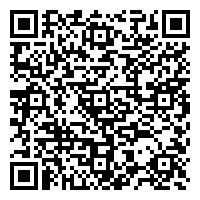