Contrary to the image portrayed by mainstream media, U.S. President Donald Trump kept his plans off the table with regard to Iranian actions in Syria – and for that matter, with regard to his plans for the Palestinian Authority.

He told the free daily Israel Hayom newspaper in an interview Sunday, “You are going to see. You can watch,” in response to a question about whether it was possible to prevent Iran from establishing permanent military bases in Syria and in Lebanon.

It is important to recall that the last time Trump started to talk like that, 59 Tomahawk missiles were fired at Syrian air field near chemical weapons storage tanks after President Bashar al-Assad continued illegal chemical warfare.

It’s also important to remember that Trump is a man who doesn’t forget his promises — and he keeps them. He made a point of keeping his campaign promise on Jerusalem, which he noted in the interview, underlining its importance to him personally to “get done” in his first year in office.

The president was particularly cautious during the campaign not to promise to make peace between Israel and the Palestinian Authority, but rather simply emphasizing how “wonderful” it would be if he could be the one to make “the ultimate deal” by doing so. He has been persistent ever since, but continues to make it clear that he will only support a deal agreed to by both sides: a first by the United States and by anyone else involved thus far in the process.

The president added that as part of the plan, “We will be talking about settlements. The settlements are something that very much complicates and always have complicated making peace, so I think Israel has to be very careful with the settlements.”

At the end of the day, however, Trump acknowledged that there is still a real question about whether the Palestinian Authority will even come to the table – and if they do, another question about what kind of deal the Israelis will agree to. 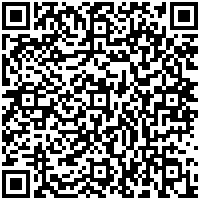