A man, 36, carrying a knife and shouting “Allahu Akbar” on Thursday morning killed two people and seriously injured a third in the parking lot of a supermarket in Trappes, a suburb west of Paris. The attacker hid in a house nearby, where police found him and killed him.

The condition of the injured person is not known.

ISIS claimed responsibility for the attack about an hour after it had taken place, but offered no proof to establish the claim.

According to reports in the French media, the attacker was sentenced in 2016 for promoting terrorism, and was known to police as a follower of “radical Islamist ideology.” He also had a history of domestic violence.

French Interior Minister Gérard Collomb tweeted: “The individual has been neutralized. My first thoughts are with the victims and their loved ones. I want to salute the quick response and exemplary mobilization of our police forces. They are already investigating the circumstances of this tragedy.” 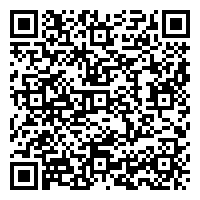