At least four people were killed and a dozen people were injured, including six who were said to be in critical condition, in a terrorist shooting attack that took place at around 8 pm local time Tuesday night at a Christmas market in Place Kleber, one of the busiest central squares in the city of Strasbourg.

The city is home to the European Parliament, among other high-level European Union institutions.


Residents were told by the French interior ministry to stay indoors. Parts of the city have since been locked down as forces search for the assailant, who remained at large several hours after the attack.

The gunman has been identified as Cherif C., a radicalized 29-year-old from Strasbourg who appears on an “S” security and terror watch list and has a criminal past, AFP reported. He was identified via CCTV, according to a report published in The Telegraph.

The gunman was wounded by soldiers in a shootout but managed to escape. Counter terrorism prosecutors said they have opened an investigation into the shooting.

Parliament President Antonio Tajani said in a video posted on Twitter the attack “probably” had something to do with terrorism. However, he told legislators in the Parliament building shortly after that the session would continue. “We’re not going to be intimidated, we’re going to continue our work,” he said, according to the European Union edition of Politico.

Strasbourg is the ninth largest metro area of France, as well as the capital and largest city of the Grand Est region of France. The city straddles the border with Germany and also is in the historic region of Alsace. 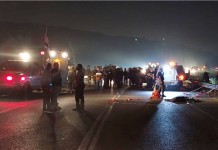 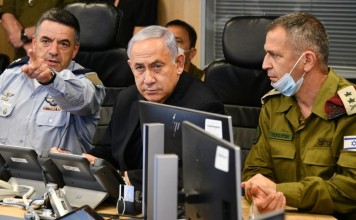