Spouses of Holocaust survivors who have died can apply to receive compensation payments from the German government, the Conference on Jewish Material Claims Against Germany announced on Monday.

The New York-based group said Germany has agreed to continue paying pensions to the surviving spouses for as many as nine months after the demise of their husband or wife.

“It is estimated that about 30,000 people qualify for the special pensions, about 14,000 of whom might be granted retroactive payments,” Greg Schneider, a Claims Conference negotiator told the Associated Press.

“We have survivors who have been just getting by for many years,” Schneider said, adding, “This extra nine months of income gives a cushion for the family of the survivor to figure out how to deal with their new circumstances.”

Until now, once the Holocaust victim passed away, their spouse was immediately cut off their primary source of income.

Those Germans are nothing if not precise.

The German government has paid more than $80 billion in pensions since 1952 and other payments to Jews who suffered under the Nazis.

Before that, the German government killed six million Jews, which brings the per-capita compensation paid out so far to roughly $13 thousand. Considering the number of survivors has been falling progressively, and is projected to disappear entirely in a decade, that’s not a lot of money.

They could probably afford to give the spouses a life-time pension. Maybe they needed to put the extra money in trains. 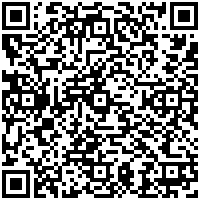