There was once a king who used to get up early every morning, go outside, raise his arms, and order the sun to rise. And, believe it or not, the sun obeyed every single day. This is, more or less, the story behind a Mondoweiss excited report on Wednesday, “BDS victory: General Mills says it will divest from Israel.”


General Mills, the American multinational giant manufacturer, and marketer of branded consumer foods in retail stores, on Tuesday announced that it had sold its stake in its joint venture in Israel––which principally markets dough products––to Bodan Holdings, its joint venture partner.

Bodan Holdings is an Israeli company located in Ramla, which lists managing General Mills’ interests in Israel as its principal business.

The General Mills announcement continued: “This divestiture represents another step in General Mills’ Accelerate strategy, which is centered on strategic choices about where to prioritize our resources to drive superior returns.” That’s PR talk for, we’re not getting our money’s worth here, let’s move on.

The announcement noted that “internationally, the strategy includes efforts to reshape the company’s portfolio for sustainable, profitable growth by increasing its focus on advantaged global platforms, which include Mexican food, super-premium ice cream, and snack bars.”

Every family should have one of those. Also, keep those insulin shots handy.
According to General Mills’ November announcement, “the proposed transactions would include General Mills branded and private label dough businesses in Germany, the UK, and Ireland,” and “each of the transactions is expected to close by the end of fiscal 2022.”

In other words, General Mills is divesting from its business in Germany, the UK, Ireland, and Israel. And unless there’s a BDS out there spreading hatred about German, British, and Irish policies, it stands to reason that Mondoweiss’ excited report was, you know, fake.

Common Dreams (Quality journalism. Progressive values. Direct to your inbox) had even more to contribute to the revolutionary bonfire, with the highly specific headline, “Facing Activist Pressure, Pillsbury Pulling Out of Israeli-Occupied West Bank.” Common Dreamer Brett Wilkins reported, “Following years of grassroots pressure, multinational food giant General Mills announced Tuesday that after a 20-year partnership, it will sell its majority share of an Israeli company operating a plant where Pillsbury products are made on stolen Palestinian land.”

American Friends Service Committee (Quaker action for a just world) insisted: “General Mills Divests from Israel Following Campaign Led by Quaker Organization.” They patted themselves on the back, saying, “The American Friends Service Committee (AFSC) – a Quaker organization that has worked for decades to promote a world free of violence, inequality, and oppression – launched the No Dough for the Occupation campaign to boycott Pillsbury products two years ago. The campaign was endorsed by members of the Pillsbury family and included the Palestinian Boycott National Committee, Jewish Voice for Peace, American Muslims for Palestine, SumOfUs, Women Against Military Madness, and many other local groups.”

Moreover, as the Quaker folks noted, Charlie, George, Leah, Lydia, and Sarah Pillsbury, whose ancestor Charles A. Pillsbury founded the Pillsbury Company more than 150 years ago, in April 2021 published an op-ed in the Minneapolis Star Tribune, sub-headlined, “We cannot support the products bearing our name when its parent company is benefiting from Israel’s war crimes,” and calling for a boycott of Pillsbury.

Here’s the thing, though: in 2001, Pillsbury was bought by General Mills. So, it’s been two decades since Charlie, George, Leah, Lydia, and Sarah had anything to say about the company their great granddaddy started.

Here’s another thing: despite the change in ownership, Pillsbury products will continue to be made in eastern Jerusalem’s Atarot industrial park, and sold in Israel. The industrial park is home to about 200 businesses, including international brands such as Coca-Cola and Pillsbury. There’s also a matzah factory, an Egged bus garages, catering plants, the main police garage, an IAI plant, a Border Police base, and the prosperous Atarot mall.

The Atarot industrial park employs about 2,500 workers from the Palestinian Authority, whose employment will not be disrupted for even one day following the sale of General Mills’ share in Pillsbury to Bodan Holdings.

To repack: Professor Noam Perry, an Israeli serving as Faculty advisor for the Students of Justice in Palestine at San Jose State University, and compared Israel’s treatment of Arabs to slavery in America was beside himself with delight Wednesday, announcing: “General Mills’ divestment shows that public pressure works even on the largest of corporations.”

No, Professor Noam, it only works where the previous owners were already Israel haters, as in the case of Ben & Jerry’s. The rest are mostly interested in keeping their shareholders happy, and whether you like it or not, 2,500 gainfully employed PA Arabs in Israeli factories makes shareholders and all the rest of us, sane, peace loving folks, happy. 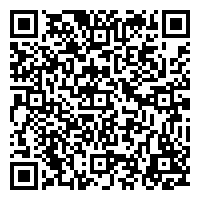