A letter handwritten in German by Albert Einstein and sent from Princeton to the mathematician Ernst Gabor Straus on July 15, 1950, was auctioned Tuesday night at the Kedem Auctions House in Jerusalem with an opening bid of $20,000 but failed to find a buyer.

A spokeswoman for the Kedem Auction House said that the letter would go back to the owner, who would continue trying to sell it.

In the letter, Einstein responds to Straus’s reservations about his work—the Unified Field Theory (a unified theoretical framework describing the fundamental forces of nature). In the third edition of his famous book “The Meaning of Relativity” (Princeton, 1950), Einstein published an appendix titled “Generalization of Gravitation Theory” in which he tried to introduce a Unified Field Theory which includes the gravitational force and the electromagnetic force; the letter to Straus presumably refers to the claims Einstein had published in this article.

At the beginning of the letter, Einstein writes: “I am glad that you are vigorously dealing with the question of compatibility. Yet it seems to me that your fears are unjustified. I want to phrase the proof so that your letters will be taken into consideration.” Following is a long scientific explanation – the proof Einstein phrased for Straus.

In physics, a unified field theory allows all that is usually thought of as fundamental forces and elementary particles to be written in terms of a pair of physical and virtual fields. The term was coined by Einstein, who attempted to unify his general theory of relativity with electromagnetism. The “Theory of Everything” and Grand Unified Theory are closely related to unified field theory.

The mathematician Ernst Gabor Straus was Einstein’s assistant at the Princeton Institute for Advanced Studies between 1944 and 1948, working with him on the Unified Field Theory and helping him with mathematical models for his ideas. The two wrote three articles together. This letter, indicating the continuous collaboration between the two, provides an interesting peek into the process of their work.

At which point we must quote the Big Bang Theory’s Sheldon Cooper who complained that Albert Einstein never unified gravity with the other natural forces, stating: “If he hadn’t been such a hound dog, we’d all have time machines.”

The Supreme Court And The Blaine Amendment 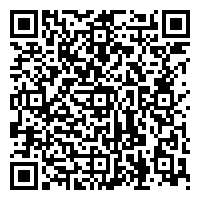