The main representative body of British Jewry lambasted the Church of England’s General Synod for endorsing an “inflammatory and partisan” anti-Israel program “at the expense of its interfaith relations.”

The Synod on Monday overwhelmingly passed a motion to support “the vital work” of the Ecumenical Accompaniment Programme in Palestine and Israel (EAPPI). The program brings church volunteers to “the West Bank to experience life under occupation” and “monitor and report human rights abuses” for a period of three to four months. As part of the program, participants are encouraged to lobby on behalf of the Palestinian cause upon their return.

Vivian Wineman, President of The Board of Deputies of British Jews, released a sharply worded statement on Tuesday condemning the Church of England’s move: “Justifying its decision using the views of marginal groups in Israel and the UK, the Synod has ridden rough shod over the very real and legitimate concerns of the UK Jewish community, showing a complete disregard for the importance of Anglican-Jewish relations.

“Unsurprisingly its graduates return with simplistic and radical perspectives, giving talks against Israel which do nothing to promote an understanding of the situation in the Middle East, much less promote a peaceful and viable solution to its problems. Members of Jewish communities across the country have suffered harassment and abuse at EAPPI meetings and yet Synod has completely dismissed their experiences.”

Wineman went on to deride the Church for its sanctimony and expressed concern for the latent anti-Semitism that was exposed in the run-up to the vote, saying: “The Jewish community does not need lessons from the Anglican Church in justice and peace, themes which originated in our tradition. Moreover, to hear the debate at Synod littered with references to ‘powerful lobbies’, the money expended by the Jewish community, ‘Jewish sounding names’ and the actions of the community ‘bringing shame on the memory of victims of the Holocaust’, is deeply offensive and raises serious questions about the motivation of those behind this motion.”

A statement on the website of the Israeli embassy in the UK said: “We are deeply disappointed that General Synod has endorsed the work of a highly partisan organisation. Christians face rising persecution across the region and yet, by supporting this group, the Church of England has chosen to amplify one-sided voices and to single out Israel – the only country where Christian rights are enshrined and the Christian population is growing.

“We share the concerns of all those within the Church of England who opposed this resolution as being misguided and undermining hopes for genuine understanding and reconciliation.”

This is not the Church of England’s first foray into anti-Israel initiatives, with a high-profile vote in February 2006 that resolved to disinvest from companies whose products are used by the Israeli government in Judea and Samaria. 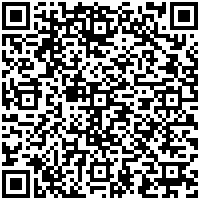