Representative Josh Gottheimer (D-NJ) in June founded the Team Blue political action committee to defend incumbents facing primary challenges. Along with Hakeem Jeffries (D-NY), the chairman of the House Democratic Caucus, and Terri Sewell of Alabama, wish to fill a gap for members running for re-election who can’t get help from the Democratic Party to fend off leftist primary challenges.

Other moderate Democrats are allied with Shield PAC, which was founded by Congressional Democrats who lost in 2020 in their Republican-leaning districts because of aggressive left-wing rhetoric, and are resolved to block the left from destroying any more centrist Democratic candidates, using the terminology forged by AOC liberals against them.

“Moderate Democrats delivered the House majority by flipping hard-to-win seats from red to blue. That means they will be on the front lines in 2022: the GOP’s top targets. The right-wing’s strategy? Falsely brand these Democrats as radicals, using politically toxic positions they don’t hold. If we allow that to happen, the seditionist, Trump-loving GOP will take over the House,” their website declares. “Shield PAC will build a protective barrier to rebut these attacks and help define and defend swing-seat Democrats in their districts. They are our last line of defense to save our democracy.”

According to The Washington Post, Shield PAC hopes to raise $26 million for early ads preempting GOP attacks on moderate House Democrats in the swing districts, which are the races most likely to determine which party controls the House come 2023.

Possibly the most important new effort to take back the Democratic party from the left is the Democratic Majority For Israel (DMFI PAC) that supports and endorses “pro-Israel Democrats up and down the ballot who will help advance the Democratic agenda and strengthen the US-Israel relationship.”

Among its goals, DMFI PAC is determined to beat the Democratic party’s “Palestinian rights movement” by defeating left-wing candidates who have crossed an unacceptable political line on Israel.

“The idea, moderates say, is to inoculate the party from slogans like Defund the Police that were effectively used against swing-district Democrats in November, and stop progressive gains before divisions in the Democratic Party grow as deep as they have been in the Republican Party,” wrote Jonathan Weisman in a NY Times op-ed Sunday (Deeply Divided, House Democrats Battle Over Priorities and Politics). He quotes DMFI founder Mark Mellman—a longtime Democratic strategist and pollster who was also behind Yair Lapid’s historic victory over Benjamin Netanyahu last March—who said the issue is more about tone and cooperation than ideology.

The progressives are enraged by Mellman’s PAC’s spending close to $1 million on television ads n a special election in early August in Ohio’s 11th District (Jewish-Supported Mainstream Democrat Defeats Sanders-AOC Candidate in Ohio House Primary). Mellman helped defeat Nina Turner, a co-chair of Bernie Sanders’ 2020 presidential campaign who ran on the message that Democrats should not seek compromise on legislation with the GOP. The winner was Shontel Brown, an ally of the Biden administration and Speaker Nancy Pelosi. The DMFI PAC viewed Turner as hostile to Israel. Rep. Ocasio-Cortez and the Squad threw their weight behind Turner, and Sen. Sanders was the keynote speaker in Turner’s get-out-the-vote rally in Cleveland.

Turner was anything but gracious in her concession speech, when she told her supporters: “I am going to work hard to ensure that something like this never happens to a progressive candidate again,” adding, “We didn’t lose this race. Evil money manipulated and maligned this election.”

But Weisman points out that the progressives and Turner outspent the Democratic establishment by $1.6 million, and still, AOC’s and Sanders’s candidate lost by 6 percentage points in Cleveland, Ohio – you can’t get more blue-collar than that.

Mellman quipped that “people thought the energy was there for Nina Turner, and when all was said and done, it wasn’t there.”

It could mean that despite appearances, the solid base of the Democratic party is still moderate, still favors law and order does not want to defund the police, and certainly supports Israel. 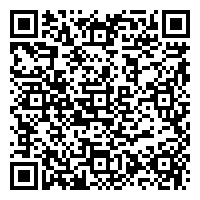