The last few hours of debates between Prime Minister Benjamin Netanyahu and Coronavirus Czar Prof. Ronni Gamzu Thursday night were described as stressful and nerve-wracking. As a result, a scheduled press conference was canceled. A small number of ministers were present at the meeting, during which Netanyahu asked for a more severe and tighter lockdown. Following his confrontation with the PM, Gamzu did not show up alongside Netanyahu and Health minister Yuli Edelstein during their public statement.

However, while the restrictions appear quite severe on paper, the government also approved the establishment of an exceptions committee which includes Defense Minister Benny Gantz, Finance Minister Israel Katz, Science and Technology Minister Yizhar Shai, and Minister Edelstein.


According to reports in Israel’s media, Edelstein, Katz, and Shai objected from the outset to the full lockdown, and introduced more and more exceptions during the week, prompting at least one public health official to complain to Israel Hayom that there are more exceptions than rules in this lockdown.

In the end, even the lockdown regulations were toned down (see: Everything You Need to Know about Everything You Can’t Do Under the New Lockdown). As a result, and in light of the expansion of the morbidity (5,238 new cases on Thursday) and the increase in the number of critically ill patients (577 as of Friday morning), Netanyahu and Edelstein—with or without Gamzu—reached a decision to return to the original format of a full lockdown, to be voted on after Rosh Hashanah.

On Thursday, Chairman of the Knesset’s Constitution Committee Yaakov Asher (United Torah Judaism) succeeded in increasing the walking distance allowed from home from 500 meters to a kilometer (1,000 meters). He irritated both Netanyahu and Edelstein.

Quotes reported by 12 News from the discussion between Netanyahu and Gamzu on Thursday reveal a dramatic clash between the prime minister and the corona Czar. The quotes also reveal the confusion and disorientation of the decision-makers.

Prof. Gamzu: “I don’t think a long-term closure is the answer to the Corona. If we were at 2,000 infections a day and had not been in the time of holidays, I would not have taken any such step and stuck with only the ‘traffic light’ model. The public is not with us, the economy must also be taken into account. Even if I go out in public and say that every week we will have 1,000 dead it will not convince the public. The public is not there.”

Prof. Gamzu: “What happened in March-April is not happening in September. We are all captives of the perception that we will close them down and they will sit at home. We are now in a psychological process, echoing to the citizens of Israel that we’ve closed many businesses and introduced a traffic restriction. This will prevent an increase in morbidity.”

PM to Gamzu: “In the situation where we’re headed now, what will we achieve?”

PM: “So what will happen next? I understand the difficulties, what will we say next after we bring a result of 3,000 patients after this closure?”

Prof. Gamzu: “we must coordinate our expectations with the public. The public mood of March and April cannot be replicated.”

Health Minister Edelstein: “There will be no escaping serious restrictions. We aimed for the holidays to live with it better. We’ve reached a perforated lockdown with restrictions that raise difficult feelings. The public is asking what will happen after the closure and we are reciting the answer of cutting the chains of infection, but we are not there and we will not be able to control 2,000 or 3,000 infections per day.”

PM: “The lockdown is becoming a joke, it’s not lockdown lite, it’s no lockdown.”

Netanyahu then added that if the 500-meter limit is extended, there won’t be much left of the lockdown.

As we noted above, this limit was extended lowered in a Knesset committee. 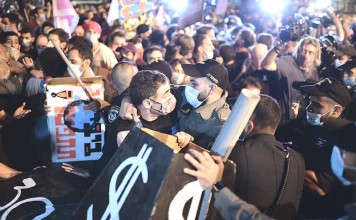 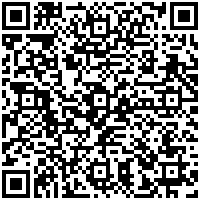