Jeremy Slevin, Senior Communications Director/Strategist for Rep. Ilhan Omar (D-Min) tweeted on Wednesday that “the language AIPAC uses in paid ads to smear and vilify Ilhan Omar is virtually identical to the language used in death threats she gets. Make no mistake: AIPAC is putting Rep. Omar’s life at risk with repeated Islamophobic attack ads.”

The language AIPAC uses in paid ads to smear and vilify @IlhanMN is virtually identical to the language used in death threats she gets.

He also tweeted: “It shouldn’t have to be stated, but baselessly linking Muslim-Americans to terrorism is *the* textbook example of Islamophobia and is routinely used to silence advocacy for Palestinian human rights.”

All of which is a textbook example about anti-Semitic politicians being very good at the dishing out part, not so good at being dished. 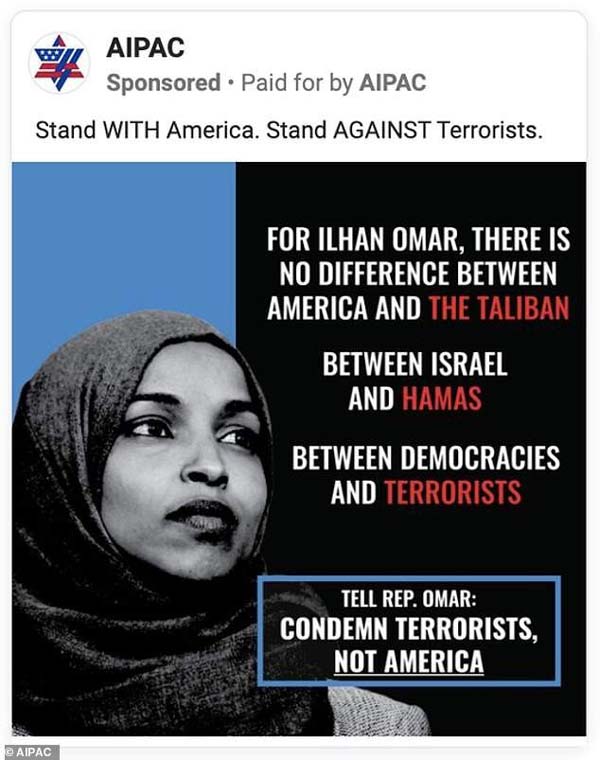 During the May Operation Guardians of the Wall, an ad appeared on Facebook showing Squad member and infamous anti-Semite Ilhan Omar’s face next to Hamas rockets, with a caption that reads: “When Israel targets Hamas Rep. Omar calls it an ‘act of terrorism.’” The American Israel Public Affairs Committee (AIPAC) purchased the ads, which Omar’s office called on Facebook to remove immediately because they “blatantly peddle both anti-Muslim hate speech and disinformation.” They also demanded an AIPAC apology.

So Slevin on Wednesday was reviving an old issue, possibly because those ads proved to be effective, or because summertime is a good time for reruns.

To remind you, in June, Omar tweeted, nicely mixing up all the players to create the mother of all false equivalencies: “We must have the same level of accountability and justice for all victims of crimes against humanity. We have seen unthinkable atrocities committed by the US, Hamas, Israel, Afghanistan, and the Taliban,” with this added bit of self self-righteous indignation: “I asked Secretary of State Antony Blinken where people are supposed to go for justice.”

Needless to say, Omar did not get away with it and received a barrage of condemnations from Republicans and Democrats alike.

An unabashed AIPAC spokesperson told Fox News that the ad puts a spotlight on Omar’s comparing America and Israel to terrorist organizations, saying in an email: “The ad concerning Representative Omar is completely fair and accurate. It is not a personal attack and highlights her outrageous statement putting the United States and Israel on the same level as the Taliban and Hamas.”

Here’s an amusing tidbit: Congressman Mark Pocan, who is openly gay, in May told The Nation about the ad attacking him: “Clearly, AIPAC is fanning the flames of Islamophobia rather than peace, and I think the graphics and rhetoric are deceitful, I just wish that they supported the Israeli and Palestinian people like Ilhan Omar does. They could really learn from her.”

Does the nice homosexual representative from Wisconsin not know that LGBT people in the Palestinian Authority and even more so in the Gaza Strip are harassed, imprisoned, tortured, and executed? Does he not know that Israel is the only country in the Middle East where gay people are free to exercise their full civil rights, including staging pride marches in every city including the capital Jerusalem?

Come to think of it, LGBTQ folks should feel serious Islamophobia because the Islamists openly hunt and kill them.

A phobia is a type of anxiety disorder defined by a persistent and excessive fear of an object or situation. Combining it with the term Islam was an ingenious feat of public relations, rendering all criticism of this violent tradition irrational, with a dash of bigotry. So, in the spirit of Philo-Islamism, love of Islam, we invite the honorable Congressman Pocan to come visit Gaza with his husband Philip and, you know, mingle.

Here’s some historic perspective on Islamophobia: 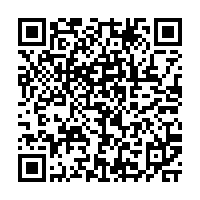