Knesset Members belonging to the Joint Arab List are violating the law by encouraging and assisting an organization that incites Druze youth not to enlist in the IDF, according to a new report published by the Zionist organization Im Tirtzu.

The report focuses on Bladna, a state-recognized non-profit NGO, which, according to its official website “works to enable and strengthen the Arab youth’s understanding and application of the principles of democracy and gender equality, pluralism and tolerance, youth empowerment and community building,” but whose activities include holding conferences, seminars and workshops dedicated to discouraging youth from enlisting in the IDF and national service.


According to the report, many of Bladna’s activities take place inside school buildings.

According to Section 109 of Israel’s Penal Code, a person is subject to five years’ imprisonment if they “incited or induced a person obligated to service in the armed forces not to serve or not to report for enlistment.”

The report explains how Bladna’s efforts to discourage the enlistment of Druze youth, who are obligated to serve in the IDF, are a clear violation of the law.

One example cited is a 2016 “History of Palestinian Druze” seminar hosted by Bladna in the Druze town of Daliyat al-Karmel, which stressed the “importance of refusing to enlist.”

In addition, the findings raise concerns that Bladna’s activities also constitute acts of sedition, which is defined by the Penal Code as “the promotion of conflict and enmity between different parts of the population.”

Odeh’s involvement in the organization goes as far back as 2010, when he spoke at several Bladna conferences and was introduced as the Chairman of the Committee for Combating National Service and All Forms of Enlistment. In January 2017, Odeh voiced his support for refusing to enlist in a Twitter post.

The report also draws attention to Bladna’s funding, which include the US-based New Israel Fund and European governments. According to details obtained from Israel’s Non-Profit Registrar, in 2014-15 Bladna received about $400,000 from the European Union. The group’s annual income for 2014 alone was $450,000, according to NGO Monitor.

Chairman of the Subcommittee on the IDF HR, MK Amir Ohana (Likud), announced his intention to convene an emergency committee session to discuss the findings of the Im Tirtzu report.

“We cannot allow for the haters of Israel to harm the IDF and its soldiers,” said Ohana. “These despicable individuals are trying to discourage IDF enlistment of the Druze community, which includes the best of our warriors and heroes.”

Im Tirtzu CEO Matan Peleg emphasized that the New Israel Fund and European governments are trying to “brainwash” Arab youth against being integrated in Israeli society.

“It is inconceivable that anti-Israel incitement can penetrate unhindered into Israeli schools,” said Peleg. “It is important to note how the ones to suffer the most are the Arab youth who are being brainwashed to oppose the society in which they live.”

“We are calling on the Attorney General to open an investigation against this foreign agent organization, for both inciting the Druze sector against IDF enlistment and for engaging in seditious activity by calling on an entire population of society to oppose the state,” Peleg declared. 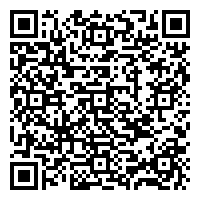