Israeli television journalist Sivan Rahav Meir received a letter this week from Nehama Spielman, the director of social education at Kibbutz Tirat Zvi, who had a story to tell that she believes needs to be seen in the light of day.

According to Spielman, an 11th grade boy from the kibbutz — Neta Eiger — had traveled abroad to compete at the International Mendeleev Olympics in Chemistry, but encountered special obstacles not presented to other competitors.

The boy, a descendant of Rabbi Akiva Eiger who was famous for his genius, was among six of Israel’s best young chemists who were sent to the competition.

Eiger excelled in the first two stages, but then he ran into trouble, because the third and most important lab test was held last Saturday.

“Despite early promises to allow Neta to be tested on Friday or Saturday night, in practice he was not allowed to do so,” Spielman wrote. “In our opinion, Israel should insist on this as an official policy, and not as a private benefit to Neta,” she wrote.

“In the end, Neta did not take the test on Saturday. For us – he passed another test. At the kibbutz and at his school in Sde Eliyahu, a world champion’s reception is being prepared for him.

“He prepared for this competition for three whole years, he is an outstanding chemist, and tonight he takes off back to Israel, without a trophy, but with a lot of faith and loyalty to values.” 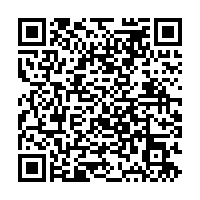