A stone was released on Sunday morning and fell from the Western Wall, crashing on the stair leading up to the Israel Section platform used by the mixed prayer groups of the Reform and Conservative movements, Yaki Admaker and Yair Cherki tweeted.


They both noted that “Miraculously there were no worshipers and no one was hurt, but it could also happen in the northern part of the wall – that is, in the large plaza of the wall which is always more crowded.”

Cherki followed his report with the comment: “Waiting for the interpretations of those who know the accounts of heaven as to why it happened here and now.”

To which Aryeh Erlich tweeted in response: “As a regular visitor to the Western Wall, I can assure you that this ‘miracle’ of the absence of worshipers at the Reform plaza is a permanent miracle that takes place almost 24/7.”

The official rabbi of the Western Wall, Rabbi Shmuel Rabinowitz, issued a statement saying: “This is an exceptional and rare event that has not happened in dozens of years, which makes too wondrous for me to comprehend. The fact that such a powerful event took place after the fast of Tisha B’Av, in which we mourned the destruction of both our temples, raises questions and inquires which the human psyche is too limited to contain and which requires soul searching.

“I thank the Almighty for preventing a major disaster. The professional entities (the Israel Antiquities Authority, the police and the Jerusalem municipality) will investigate the incident.”

According to Jerusalem mayor Nir Barkat, the stone weighed around 100 kilos (220 pounds).

Back in 2014, the Hebrew University of Jerusalem issued a press release noting that “visitors to the Western Wall in Jerusalem can see that some of its stones are extremely eroded. This is good news for people placing prayer notes in the wall’s cracks and crevices, but presents a problem for engineers concerned about the structure’s stability.”

To calculate the erosion in the different kinds of limestone that make up the Western Wall, researchers from the Hebrew University of Jerusalem used a laser scan to create an accurate three-dimensional computer model. The researchers are Dr. Simon Emmanuel, the Harry P. Kaufmann Senior Lecturer in Environmental Water Technology, and PhD student Mrs. Yael Levenson, at the Hebrew University’s Institute of Earth Sciences.

They found that stones made up of relatively large crystals were resistant to wear, so that they were almost unchanged in the 2000 years since they were originally put in place. By contrast, limestone with very small crystals (about one thousandth of a millimeter in size) eroded far more quickly.

In some cases, extreme erosion rates in fine-grained micritic limestone blocks were up to 100 times faster than the average rates estimated for the coarse-grained limestone blocks. In some places these stones had receded by tens of centimeters, potentially weakening the overall structure.

Dr. Emmanuel joked that “it looks like [builder of the Temple’s supporting wall a.k.a. the Kotel] Herod might have been the victim of shoddy contractors. He was an ambitious builder, and there was intense demand for limestone at the time. Some corners may have been cut.”

So, to answer the question as to whether or not it was divine rage that toppled a Kotel stone on the Reform section: turns out the fault lies with the Ministry of Religious Services officials who decided to place the mixed prayer platform next to the cheaper part of the Wall… 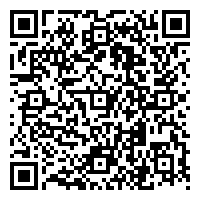