Lebanese President Michel Aoun on Saturday night told France’s BFM television that diplomatic relations with Israel were not out of the question.

Aoun gave an exclusive interview to the French channel, which asked him if Lebanon was ready for peace with Israel, to which he responded: “That depends. We have problems with Israel and we have to resolve them first.”


This was an earth shattering response on its own, but more so because President Aoun In 2006, as head of the Free Patriotic Movement (FPM), signed a Memorandum of Understanding with Hezbollah, which launched a major alliance that has remained in place to this day. The statement to French TV could mean that the president, recognizing the decline in popularity of Hezbollah, is looking to hitch his carriage to new, more acceptable horses.

The only unresolved “problems” between Lebanon and Israel (other than Hezbollah’s dedication to annihilate the Jewish State) are the Shebaa farms, a small strip of disputed land at the intersection of the Lebanese-Syrian- Israel border on the Golan Heights, and the exact maritime border of each country’s Exclusive Economic Zone (EEZ).

The Shebaa territory is about 7 miles long and 2 miles wide. The dispute over ownership of Shebaa Farms resulted in part from the failure of the French Mandate administrations, and later the Lebanese and Syrian governments, to demarcate the border between Lebanon and Syria.

The tiny strip of land has been used by Hezbollah to fan the flames against the Israeli “occupation” of Lebanon, decades after the last IDF soldier left south Lebanon in 2000.

The maritime border dispute stem from differing interpretations of how the EEZ borders should be drawn. Despite Israel having drawn its borders according to internationally accepted methods, it has expressed willingness to compromise with Lebanon on some percentages. The dispute has prevented international gas companies from exploring in those areas.

Hezbollah has an additional border area it plans to pull out of its hat if Lebanon and Israel ever resolve the Shebaa farms dispute, in order to maintain their fiction of resistance.

Asked for his opinion about the United Arab Emirates’ peace treaty with Israel, Aoun said the UAE “is an independent country.” In other words, unlike his partners and their patrons, the Iranian regime, President Aoun did not consider the move to be an act of “treason,” nor a “dagger in the back” of the Palestinians.

It means that, when he is prepared to negotiate diplomatic relations with Israel, the Lebanese president would not be deterred by those considerations. 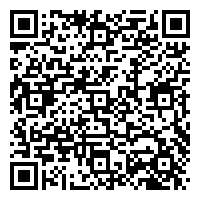