A special election to fill the seat representing Ohio’s 11th Congressional District in the US House will be held in November, and the party primaries are scheduled for August 3. The winner will replace former Congresswoman Marcia Fudge, who was appointed by President Joe Biden to be his Secretary for Housing and Urban Development.

The Ohio 11th is a blue district and a safe seat for Democrats – out of the 15 candidates running in the special election, 13 are Democrats, only two Republicans.


The two major Democrats in the race are Shontel Brown, the establishment candidate, a Cuyahoga County councilor and Chair of the Cuyahoga County Democratic Party; and Nina Turner, the progressive candidate, president of Our Revolution, former state senator, former Minority Whip of the Ohio Senate, former Cleveland City Councilor, national co-chair of the 2016 and 2020 Bernie Sanders presidential campaigns, and nominee for Ohio Secretary of State in 2014.

AOC told the press back in March about Turner: “I need her alongside me in Congress in the fight for racial, economic, social, and environmental justice.”

In a May poll of 600 likely Democratic voters, Turner received 50% followed by Brown with 15%.

That was in May. Since then, the Ohio 11th special election has become a proxy war between Sen. Bernie Sanders’ protégé Rep. Alexandria Ocasio-Cortez who backs Turner, and Hillary Clinton and the Democratic establishment who support Brown.

And, also naturally, wherever one finds Sanders and AOC, the issue of US support for Israel permeates the local debates, resulting in support for Brown from pro-Israel Democrats, including Reps. Josh Gottheimer (N.J.), Ted Deutch (Fla.), David Trone (Md.), and Brad Schneider (Ill.).

Last week, House Majority Whip James Clyburn (D-S.C.) also endorsed Brown. He told the New York Times his choice had nothing to do with Sanders, but he did warn of the collateral damage to the party in 2022 from progressive slogans like “defund the police” and “Medicare for All.”

And last Friday, the Democratic Majority for Israel PAC blasted Turner, whose president is Mark Mellman (political adviser to Yair Lapid – DI) suggesting that “in her latest negative ad, Nina Turner does not refute a single fact contained in DMFI PAC’s ad about her harsh attacks on Secretary Clinton and President Biden, or her opposition to the Democratic Party platform.”

Today, DMFI PAC is proud to endorse @ShontelMBrown for congress in the OH-11 special election. Councilwoman Brown is an effective leader who’ll work tirelessly for her district & to advance the Democratic agenda, including strong support for the U.S.-Israel relationship. pic.twitter.com/lLcN4FepZU

Turner has said the United States is “rooted in racism,” and its criminal justice system is “inherently unjust to black and brown people.” She told The Hill that “defund the police is about reimagining what policing looks like in America,” but also criticized President Biden for looking to increase police budgets – meaning the reimagining must go in only one direction.

Sen. Sanders tweeted last Friday: “The upcoming congressional election in Ohio has everything to do with the future of the Democratic Party. Will Democrats stand with the working class and have the courage to take on wealthy special interests? I know that Nina Turner will, which is why I strongly support her.”

The upcoming congressional election in Ohio has everything to do with the future of the Democratic Party. Will Democrats stand with the working class and have the courage to take on wealthy special interests? I know that @ninaturner will, which is why I strongly support her.

Brown was recently endorsed by Hillary Clinton and is considered a moderate Democrat. She pledged to work with President Joe Biden on her priorities: healthcare, jobs, and justice.

“I’ve been successfully able to pass legislation to help people here with bipartisan support,” Brown said. “I think that’s very much needed in DC, so I want to bring some of that energy we have in Cuyahoga County to DC and help some of the people here who need it the most.”

During Operation Guardian of the Walls, Brown told Jewish Insider: “In times like these the United States must stand firmly behind our close ally Israel,” and “all sides, regardless of fault, to exercise restraint and de-escalate the crisis.” She also said, “Hamas’s massive rocket attacks are deeply troubling and must stop. Hamas is placing civilians on both sides at risk. Israel has the right to defend its citizens in the face of these attacks. Israeli families should never have to spend the night in a bomb shelter.”

And Turner? On May 12 she shared the infamous IfNotNow tweet that declared: American Jews are joining with Palestinians and others in front of the State Department to say Save Sheikh Jarrah and End Apartheid.” 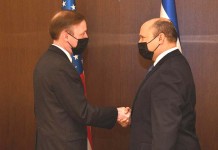 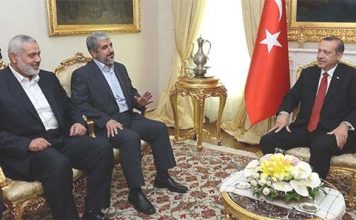