Barring any last-minute brouhaha, Israel Beiteinu MK Eli Avidar is expected to receive the job of a minister in the Prime Minister’s Office this coming Sunday. The planned appointment follows a sharp ultimatum issued by MK Avidar in recent behind-closed-door talks, Kan 11 News reported Thursday night. Reportedly, the MK’s eloquent message to the coalition leaders (including his boss, Avigdor Liberman): “If the negotiations with the coalition don’t work out, I will wreak havoc on the budget.”

Now it also turns out that the eloquent MK is also an anti-vaccination culture hero, and this bit of knowledge emerged on the very night Prime Minister Naftali Bennett shamed on national TV the one million Israelis who haven’t yet taken the “Fauci Ouchi.”


Since the Lapid-Bennett “change” coalition government is so tiny (it was approved by only 60 votes, one vote short of a majority), any member of the coalition parties (Yamina’s principled MK Amichai Chikli comes to mind, as do most of Ra’am’s members) can wreak havoc on anything they choose to – and since the entire future of this fragile thing we call government depends on passing a budget in November, Avidar’s threat is serious as a heart attack.

In response to the Kan 11 story, MK Avidar’s office issued a statement saying: “As he has pledged on every possible stage, Eli Avidar will not endanger the existence of the government of change, for whose establishment he fought for more than a year in the streets, in the plenary debates, and the Knesset committees.”

Born in Egypt, Avidar, 54, a former CEO of the Diamond Exchange, has accompanied Liberman for a decade in establishing quiet contacts with the Gulf states (Avidar served as head of the Israeli Representation to Qatar). During Liberman’s stint as defense minister, Avidar represented him in quiet dialogue with PA public figures, bypassing the Palestinian Authority. He had every reason to believe that after placing him in the fourth slot on Israel Beiteinu’s Knesset list, the boss would also make him a minister. When it didn’t happen, Avidar threw a tantrum that started in June and will be quelled only this coming Sunday.

I want to insist on one point: There are many countries in which there are not enough vaccines for the population and the public is crying out. Here, the Government of Israel has invested billions so that vaccines will be available everywhere in the country.

I respect different views but there is a time and a place in which this discussion needs to stop – and it is our very lives.

Strong stuff, right? Oh, he didn’t stop there. He rammed his van right into this crowd of Israelis who still won’t roll up their sleeve:

Those who refuse vaccines hurt us all because if all of us were vaccinated, we would all be able to maintain daily life. But if one million Israelis continue to not get vaccinated, this will oblige the eight million others to shut themselves in their homes.

Therefore, the Corona Cabinet decided today that as of 8 August, those who refuse vaccines will not be able to go to the cinema, the theater, the synagogue, the amusement park, the soccer game, or any activity with over 100 people, indoors or out, unless they bring negative results from a coronavirus test, at their expense. Yes, they will fully bear the costs of the test.

There is no reason why the taxpayers and people who have carried out their civic duty and have been vaccinated should finance tests for those who refuse to get vaccinated.

Why did I digress from the story of the MK who threatened to smash the coalition if he doesn’t become a minister to the Bennett speech? Oh, you’ll love it.

In an interview last February, Avidar was asked if he intended to get vaccinated, and said he would not do so because it was a personal matter. Remember how back then many of us were waiting to see what happens to other folks who took the vaccine? There was talk of people dying after being vaccinated, people who grew tails, it was a different era. When Avidar made his confession, it was against that background of fear and suspicion.

“It’s not right for me, it’s my personal business and it’s okay,” Avidar said, adding, “The only reason you know I didn’t get vaccinated is because I’m the only one who’s been asked and answered. There are many MKs who were asked and said they would be vaccinated, but didn’t say when. I am the only one who means what he says.”

Avidar also said that his unwillingness to get vaccinated is “a badge of honor for the Knesset that out of 120 MKs, there should be one who says he will not get vaccinated. We are not North Korea.”

Channel 12 political reporter Amit Segal wondered, will Bennett’s proper shaming of those who refuse the vaccines will also be directed toward his new minister? Will Avidar be required to bring Corona test results to every cabinet meeting? After all, it’s a fairly crowded event.

Update: Avidar’s spokesperson sent out a statement that Avidar ‘s entire family have been vaccinated, and Avidar regular takes PCR tests to confirm that he is negative. On Friday afternoon, Avidar told Reshet Bet Radio that he has taken the vaccine this month, but kept it to himself because it’s nobody’s business.

Tune in Sunday – this should be more exciting than the empty-bleachers Olympics. 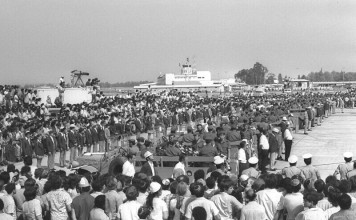 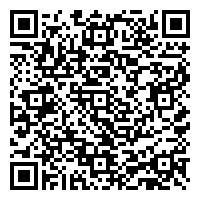