Knesset Legal Counsel Eyal Yinon announced on Monday that he was recusing himself from any issue having to do with Prime Minister Benjamin Netanyahu, because of a conflict of interests.

On Sunday, Yinon issued an opinion confirming the authority of Knesset committees to debate interim prime minister Benjamin Netanyahu’s request for immunity – a move which would have led to Netanyahu’s defeat, as 65 MKs have added their names to a list of nay votes on the issue.

Yinon is married to Deputy AG Amit Merari, who has been part of the legal team forming the criminal indictments against Netanyahu, and who, according to News 0404, contributed the most leftwing opinion in those cases.

What do you know…

Back in 2017, according to News 4040, Merari signed a conflict of interest agreement that stated: “My spouse, Attorney Eyal Yinon, serves as the legal counsel of the Knesset. In accordance with a conflict of interest agreement signed by Attorney Yinon, he will not be involved in matters under my purview. A commitment to that effect has been made in parallel with this arrangement, and delivered to the legal counsel of the justice ministry.”

The fact that Yinon went about facilitating a hostile parliamentary move which could have sabotaged the prime minister’s reelection campaign – while not bothering to disclose that his wife is in charge of the PM’s prosecution, may be a criminal offense.

Yinon’s announcement comes after coalition chairman MK Mickey Zohar (Likud) demanded his dismissal. MK Zohar wrote Yinon: “There is a strong suspicion of a very serious conflict of interest regarding your ruling in Netanyahu’s case. It is inconceivable that one hand would decide on an indictment against the prime minister, while the other hand foils his request for immunity.”

Sources in the Knesset Counsel’s office told Reshet Bet radio on Monday that Yinon’s recusal would not stymie the work to reach a decision regarding Knesset Speaker Yuli Edelstein’s authority to establish a Knesset committee to debate the immunity even ahead of the elections and while the Knesset is on a hiatus. A different attorney in Yinon’s office will issue an opinion on the same matter – albeit with a few days’ delay.

The counsel’s affair serves to reinforce the common view in Israel that the judicial system is a den of corrupt elite operators with scant regard to the rule of law. 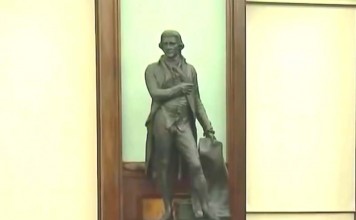