Thirty years after playing host to the 1988 Summer Olympics in the capital city of Seoul, South Korea, the 2018 Winter Olympics, in February, will be the first time the local Jewish community will be there to greet Jewish visitors at the games.

Pyeongchang will be the third Asian city to host the Winter Games after Sapporo, Japan (1972), and Nagano, Japan (1998). The Alpensia Resort in Daegwallyeong-myeon will be the focus of the 2018 winter games. The tournament will feature 102 events in 15 sports. Four new disciplines in existing sports will be introduced in Pyeongchang, including big air snowboarding (which will replace the parallel slalom), mixed doubles curling, mass start speed skating, and mixed team alpine skiing.


About 400 Jews live in South Korea, according to the Chabad-Lubavitch emissaries Rabbi Osher and Mussy Litzman, who arrived in the country in 2008. In addition, thousands more Jews arrive as tourists and on business each year, and the Chabad Jewish Community of Korea in the capital Seoul offers Shabbat and holiday meals, and especially Passover seders, joined by as many as 100 guests.

According to Chabad.org, the Litzmans plan to establish two centers in PyeongChang ahead of the games, where they will host Shabbat meals for—they expect—thousands of guests over the three Friday nights of the games. They will also be offering some 8,000 pre-packaged kosher meals for Jews on the go.

The couple will also run a Jewish room at the Olympic Village, with kosher food on weekdays and special kosher food for Shabbat – wine and challah on Friday nights.

According to Chabad.or, daily Torah seminars exploring the Jewish message behind sports and the meaning of competition will take place at one of the two Pyeongchang Chabad centers and at the Jewish room in the Olympic Village. 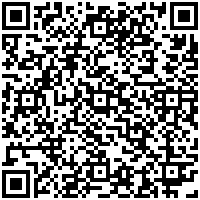