The Holocaust exhibition at the House of European History in Brussels violates fundamental questions of historical truth and skips a lot of important historical facts, according to an irate letter Polish Culture Minister Piotr Gliński has sent to the head of the European Parliament, Antonio Tajani.

The House of European History (HEH), located at the heart of the European quarter of Brussels, is a museum created on the initiative of the European Parliament, with exhibitions in all 24 official languages of the European Union. Admission is free. The permanent HEH exhibition presents an outline of European history, focusing on the 20th century and European integration, while taking into account the most important historical processes of earlier eras.


In his letter to Tajani, Gliński wrote that he was “concerned about the narrative of the exhibition presented by the House of European History in Brussels.”

“I know that this exhibition violates fundamental historical truths, ignores many important historical facts and presents, in many cases, an unintelligible interpretation of [said facts],” the Culture Minister stressed. He gave as an example the fact the exhibition ignores the contribution of many European countries and nations to the development of Europe, such as the fact that “Poland was not a new country [created] as a result of the end of World War I, but in 1918 it regained its independence after 123 years—the Partitions Period—while the state of Poland is more than 1050 years old.”

Incidentally, the first Jews, merchants from Spain (notably Ibrahim ibn Jakub), arrived in Poland about 1,000 years ago, which makes what came next in Gliński’s letter that much more poignant.

The Culture Minister also pointed out that while there was no indication of “the actual direct cause of World War II,” which he defined as the Ribbentrop-Molotov Pact between Nazi Germany and the Soviet Union, with both those countries invading Poland on September 1 and 17, 1939, respectively.

In that context, Gliński is irate at the HEH exhibition which presents Poland, France and Ukraine as states and nations that collaborated with the Holocaust, while Germany is presented “only as the country that exemplifies the holocaust.”

Except that Gliński goes on to suggest that “the exhibition’s narrative shows that the greatest victims of World War II were Germans, without indicating their role as aggressors and initiators of World War II and without counting the civilian victims of German warfare throughout Europe.”

He also protests the fact that the exhibition presents communism “in a positive context, [while the] millions of victims of this criminal system and other distortions are not mentioned.”

Having received numerous calls and letters asking for his intervention, Gliński suggested the exhibition of the House of European History “is neither worthy of this name nor of the patronage of the European Parliament.” 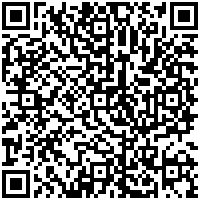