Despite voices talking about a growing gap between the sides, the vast majority of American Jews are sympathetic to Israel, and most of them feel an emotional connection to the Jewish state. Moreover, more than 70% of Jews in the United States feel that their personal relationship with Israel is equal, or stronger, than it was five years ago. This is one of the largest surveys ever conducted among American Jews, and the findings have been released amid the fragile discourse that has developed in this area in recent years.

Eight out of ten Jews identified themselves as “pro-Israel,” and 67 percent said they were “attached” or “very attached” to Israel on an emotional level. While there is great support for the State of Israel, the Jewish community in the United States is also critical of the Israeli government’s policies in various areas, particularly religious and state issues, as well as attitudes toward the Palestinians.

“It appears doomsday talks about an irreversible chasm between Israel and the American Jewish community were mistaken,” said Jay Ruderman, President of the Ruderman Family Foundation. “An overwhelming 80% of American Jews feel an attachment to Israel, including most non-affiliated and younger Jews. The time has come to diversify the discourse between the sides, bringing new faces and new ideas to the table. This relationship is more than politics and Jewish religious practices, and the conversation needs to reflect this simple reality.”

The findings are particularly important in light of the tensions that have emerged in recent years between both sides, including around the Western Wall and the attitude toward U.S. President Donald Trump. Segmentation of the responses by affiliation shows a clear picture: Jews who identify with liberal streams feel that the relationship is weaker than their counterparts, but the picture is not one-dimensional: 15% of those who identified as Orthodox claimed that the relationship was weakened, and 31% of Conservative Jews claimed the relationship was stronger.

This is the most comprehensive survey of the Jewish community in the United States in recent years, and one of the largest ever. It was initiated by the Ruderman Family Foundation and conducted in December 2019. Twenty-five hundred Jews were sampled, portraying a representative sample of the adult Jewish population in the United States, through the Mellman Group, with a statistical deviation of 1.96%.

Additionally, the survey found that politics is the main reason for existing criticism of Israel. When asked about reasons for feeling less connected to Israel, “Prime Minister Benjamin Netanyahu’s support for President Trump and his policies” was at the top of the list with 39% saying that was “one of the most important reasons”, followed by the increasing power of the religious right in Israel (33%) and treatment of the Palestinians (25%) and settlements (24%). Few saw a lack of “mutual understanding or shared values” as one of the most important reasons; reinforcing the understanding that there is a deep common language at the individual level, which is not always expressed in the discourse between the two sides.

While the bond with Israel may be strong, there is not unanimity on policy, or what it means to be pro-Israel. While 80% identify as pro-Israel, the majority of American Jews (57%) identify as “pro-Israel but also critical of Israeli policy”. This is roughly evenly split between those who are critical of “some” policies (28%) and those critical of “many” (29%). Less than a quarter (23%) are “Pro-Israel and supportive of the current Israeli government policies”.

The survey also examined the way in which American Jews perceive Jewish community organizations and institutions. There is clearly a link to community engagement and the attachment to Israel. For instance, among those who are “very engaged” in Jewish community organizations, 90% have an emotional attachment with Israel, and 67% say they are “very” attached. While among those who are “not at all engaged”, only 42% feel an attachment to Israel. 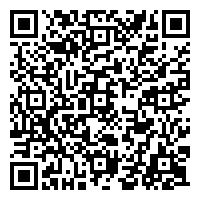