The Tel Aviv Magistrate’s Court issued a ruling on Tuesday ordering the daily Yedioth Aharonoth and its journalist Sima Kadmon to pay the Zionist group Im Tirtzu and its spokesperson NIS 105,000 ($30,000) in libel damages and 20,000 NIS ($6,000) in legal fees.

Im Tirtzu filed a libel suit against the newspaper, one of Israel’s two leading dailies, in 2017, following its two reports which falsely accused Im Tirtzu of falsifying a letter signed by 28 bereaved families from the Choosing Life forum.


The families sent the letter to then Culture Minister Miri Regev in protest over Megiddo, a government-funded documentary that focused on Palestinian terrorists serving sentences at the Megiddo Prison (see promo clip above). The letter was subsequently relayed to the media by Im Tirtzu, which supports the Choosing Life Forum.

In her verdict, Judge Ronit Pinchuk-Alt criticized Yedioth for the false publications, ruling that the evidence “leads to an unequivocal conclusion that these were defamatory articles, which were intended to humiliate the plaintiff in the eyes of the public, and to make them the subject of hate, contempt or ridicule, and to disgrace them and even harm the career of Mr. Tenne.”

The Judge chastised Kadmon, saying, “A veteran journalist failed in that she published facts without contacting those who would be hurt by the publication, and if she would’ve contacted them for a reply, she would have discovered the things that she had missed.”

The Judge also reprimanded Yedioth reporter Raz Shechnik, saying: “Mr. Shechnik did not do the most basic things in these circumstances, which is contacting ‘Im Tirtzu’ and its spokesperson and asking for their reply before publishing the article. This is a fundamental and elementary action that the Yedioth Aharonoth had to take in order to claim good faith.”

Im Tirtzu CEO Matan Peleg welcomed the verdict and said that “every media outlet needs to know that adhering to the truth is one of the most important aspects of a democratic state.”

“Im Tirtzu will continue to support the Choosing Life forum of bereaved families in their fight against terrorism,” Peleg added.

Attorney Guy Tsabary who represented Im Tirtzu said: “The court issued a clear message that freedom of speech cannot be used as an excuse to publish false information. The practice of publishing information without first requesting a response from those affected is a condemnable phenomenon that must be uprooted.” 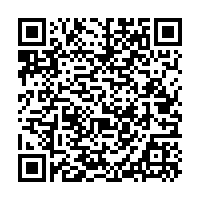