Hezbollah leader Sayyed Hassan Nasrallah looked and sounded sick in his Tuesday televised address marking 21 years since Israel’s military withdrawal from Lebanon. As Haaretz reporter Jack khoury put it in a tweet: “Meanwhile, the most notable thing is that Nasrallah has great difficulty breathing. He maintains short sentences in a hoarse voice. The reason is not clear but as someone who has listened to dozens of his speeches, Nasrallah’s breath is the headline so far.”


Over the years, there have been several rumors about the Hezbollah boss’ illness, which often fed on his preference to remain underground for fear of an Israeli assassination attempt. In early November 2020, Lebanese media reported that Nasrallah contracted COVID-19 following a meeting in his bunker with an Iranian official who was infected with the virus.

In February 2013, the official Turkish news agency Anatolia reported a Nasrallah health crisis that forced his transfer to a private hospital in Beirut from which he was later flown to Iran. Several Lebanese media outlets reported at the time that Nasrallah had cancer and was being treated in Iran. A few hours after the Turkish report, Hezbollah issued an official statement denying the news and insisting that Nasrallah was in Lebanon and in good health.

In May 2015, Nasrallah himself appeared for a speech on television and denied rumors that he had suffered a heart attack or a stroke that made it difficult for him to function. “All the rumors about me are not true,” Nasrallah said, “I have no health problem and I do not need any medicine.”

He should probably get out of the house more, maybe take a walk now and then, preferably in areas where he’s not obscured by trees.

Speaking about the latest war between Israel and the Gaza terrorists, Nasrallah said “the ‘Sword of Jerusalem’ battle dealt a blow to the course of normalization and all those who have normalized the ties” with Israel. “After this battle, the ‘Deal of the Century’ fell and vanished,” Nasrallah stated.

Having sent a small mob of Lebanese rioters to cross Israel’s border with Lebanon—all of whom were shooed away by a short burst of IDF tank fire in the air—Nasrallah warned Israel against attacking Lebanon.

“Do not miscalculate and do not bet on the difficult situations in Lebanon, because this will not matter when the equation is preserving Lebanon’s security and dignity,” Nasrallah said. “The Lebanese resistance is in its best situation and it has never been stronger,” he boasted, adding, “I tell the Israelis not to commit any foolishness and not to make any wrong calculations regarding Lebanon… The rules of engagement still stand.” 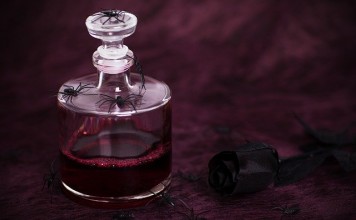 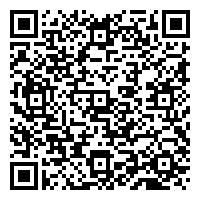