In recent months we’ve seen a lethal attack on an oil tanker by an unmanned aerial vehicle (UAV) loaded with explosives, UAVs that were launched from the Gaza Strip and hit Israeli neighborhoods, and UAV attacks on refineries and oil pipelines in Saudi Arabia and on US military bases in Iraq. The United States, Europe, and Israel blame Iran for these attacks, suggesting the Islamic Republic is rapidly raising its capability to build and operate attack drones, changing the security equation in the region.

Now, according to the Hezbollah-affiliated, Lebanese TV channel Al-Miyadin, a massive drone airstrike in Iran in mid-February caused heavy damage to the UAV force operated by the Iranians. According to some estimates, the air raid destroyed hundreds of drones of various sizes. Tehran attributes the attack to Israel, which has not claimed responsibility.


According to the Lebanese channel, this was the context for the Iranian missile attack on the city of Erbil in Iraqi Kurdistan overnight Sunday this week. The attack was reportedly an Iranian retaliation for the bombing of the UAV base in the western Iranian city of Kermanshah, in mid-February. Al-Miyadin said six Israeli UAVs were involved in the attack. Iran claimed responsibility for the counterattack this week and announced its missiles had hit an Israeli military base in the Kurdish region. The Kurdistan government has since denied the Iranian statement, claiming that the missiles hit a civilian facility.

It should be noted that the attack in Kurdistan came four days after Iran had vowed revenge against Israel for an IAF airstrike in Syria that killed four, including at least two members of the Revolutionary Guards. The Revolutionary Guards Corps warned Israel “once again that the repeating of its evil actions will be met with a firm and destructive response,” and “We also assure the Iranian people that the country’s security and stability is a red line for the Iranian armed force.” 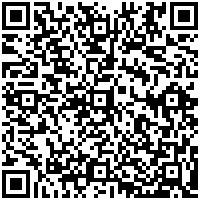