Yemini forces loyal to the Houthi launched a combined weapons attack against Saudi-led forces along the Red Sea coast on Monday, based on reports by Yemen’s (Houthi) Al-Mesra TV news station and Xinhua.net.

The latest attack included both ballistic missiles and drone-based (UAV) air assaults against a Saudi military base and Saudi-led forces, according to Middle East expert NZIV.net. Anti-tank missiles were recently launched at a military base in Saudi Arabia. Yemini sharpshooters have also been targeting Saudi soldiers.

Experts believe the Houthi forces may have used Baadir-1 ballistic missiles which were manufactured in Yemen. These missiles are faithful duplicates of Iran’s Fajr-3 strategic medium range ballistic missile (they also have an artillery rocket with the same name), which was first revealed in 2006. The missiles have an estimated 2000 km range.

Due to supply chain issues, the Iranians prefer to set up local manufacturing facilities to build their weapons for their proxy forces in Lebanon and Yemen.

In Lebanon, these missiles are named the Khyber-1.

What is important to note is that the ballistic missile and air force of the Houthi forces in Yemen are under the full control of the Iranians. Houthis undergo training by Hezbollah instructors from Lebanon who also actively participate in the fighting against the Saudi-led coalition forces.

Foreign sources claim that virtually all ballistic missile fire against Yemen and Saudi Arabia are being aimed and launched by Hezbollah experts.

What this means is that Hezbollah is gaining real-world experience in deploying Iran’s most advanced weapons systems in combat, and learning the tactics of how to use those weapons effectively, knowledge that will transferred and used in their next confrontation with Israel. 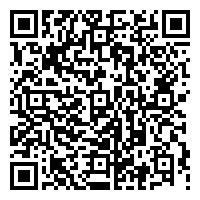