Just days after U.S. President Barack Obama became telephone buddies with new Iranian President Hassan Rouhani, Israel’s Prime Minister urged Obama not to let up on the international sanctions imposed on Iran because even for diplomacy to work, “those pressures must be kept in place.”

The two heads of country met in the Oval Office on Monday, September 30, and discussed several matters including the ongoing discussions between Israeli and Arab Palestinian negotiators, and the crises in Syria and Egypt.


One of the primary topics of mutual concern was whether there has been a sea change in Iran’s dealing with the West – and more importantly, its nuclear weapons program – or if Rouhani is merely better at public diplomacy than was his predecessor.

There was a brief press conference following the meeting.

President Obama spoke first.  He started by mentioning the ongoing negotiations between Israel and the Arab Palestinians, and then turned his attention to the other threats in the Middle East.

The U.S. president stated that he was “clear-eyed” going into the new rounds of negotiations with the Iranians, and he also confirmed that “we take no options off the table, including military options, in terms of making sure that we do not have a — nuclear weapons in Iran that would destabilize the region and potentially threaten the United States of America.”

When it was the Israeli leader’s turn to speak, Netanyahu immediately pointed out, first, that the U.S. has “no better ally, more reliable, more stable, more democratic other than Israel in a very broad, dangerous place,” and second, that “the most important challenge is preventing Iran from developing nuclear weapons.”

Netanyahu spent the bulk of his remarks focused on Iran.

“Iran is committed to Israel’s destruction,” is the way Netanyahu described the situation. In the simplest possible language, and in the present tense, the Israeli prime minister made clear he does not believe a change in the Iranian presidency has altered Iran’s position towards Israel, regardless of the happy holiday message Rouhini sent to the Jewish people and in spite of the condemnation of Nazi atrocities.

For the Jewish State, unless Iran fully and publicly dismantles its machinery for creating nuclear weapons, there is no question that the country remains an existential threat to Israel.  As Netanyahu put it: “the bottom line, again, is that Iran fully dismantles its military nuclear program.”

In praising the U.S. leadership on international sanctions against Iran, Netanyahu explained he believes “that it’s the combination of a credible military threat and the pressure of those sanctions that have brought Iran to the negotiating table.”  He firmly urged Obama and other world leaders to maintain the pressure of those sanctions, and not to loosen them in response to the more cheerful countenance than Ahmadinejad showed throughout his presidency.

The Israeli leader said that it is the position of his country that if it is determined Iran is moving forward on its path to the creation of nuclear weapons, the sanctions should be strengthened.

The most succinct formulation of Netanyahu’s approach to dealing with Iran is, as he put it on Monday, “a credible military threat and strong sanctions, I think, is still the only formula that can get a peaceful resolution of this problem.”

At the end of his remarks, Netanyahu again referred to the negotiations between his country and the Arab Palestinians, and thanked Obama and U.S. Secretary of State John Kerry for helping to “advance peace” between the two peoples.  While stating that he remains committed to that peace, he once again put on the record, that “for peace to endure, it must be based on Israel’s capacity to defend itself by itself.”

What Netanyahu said from the Oval Office on Monday provided language which the Obama team can use to show Netanyahu is grateful for the leadership the Americans have shown.

However, the actual words used by the Israeli leader on Monday made clear he doesn’t trust the new Iranian president any more than he did the last one. And Netanyahu also stated clearly that Israel will not agree to weaken itself in order to abide by demands made by the Arab Palestinians, or by demands made on their behalf. 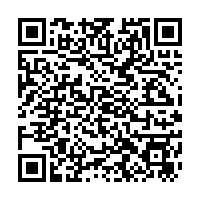