A New York restaurant deliveryman was awarded $900,000 for enduring 16 years of anti-Semitic harassment by three supervisors, a U.S. District Court jury in Brooklyn decided after four hours of deliberation

Adam Wiercinski sued the Mangia 57 restaurant in Manhattan, where he stated that one manager would pass gas in front of him and then joke that it was Zyklon B, which was used in the Nazi gas chambers during the Holocaust, The New York Post reported.


Wiercinski, whose father’s family died at the hands of the Nazis, said he had to explain what Zyklon B was to the jury because they were “very young.” “When I explain how it was used in the gas chambers, they were very serious. Everybody [in the courtroom] was silent,” he told the Post.

Supervisors also called him a “dirty Jew” and threw pennies at him while making anti-Semitic comments, and they docked his tips.

Wiercinski did not quit because he felt he was too old to get a new job.

Employees at the restaurant and caterer, which has three Manhattan locations, have denied the harassment took place, and the restaurant is expected to appeal the decision.

The point of this report is not that Wiercinski won his lawsuit.

The point is that in the United States of America, no would think that nearly seven decades after the Holocaust, someone in the capacity of a restaurant manager in the city of the Statue of Liberty, in the city attacked by Al Qaeda terrorists, would act like an ignorant Nazi guard at a death camp.

No one would think that. 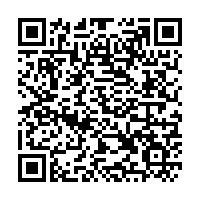