A Jordanian-backed Israeli organization is illegally working to discourage Druze youth from enlisting in the IDF, according to a new report released by Im Tirtzu.

The report surveys the group “Urfod – Refuse, Your People Will Protect You,” whose declared goal is “to revive the objection movement… against the compulsory military service imposed on the Palestinian Druze community.”


Urfod employs several professionals, including attorneys and psychologists, whose aim is to encourage draft-evasion of Druze youth and to help those who are in the process of enlisting to get out.

The report found that Urfod operates Facebook pages in Arabic and English where they publish posts against IDF enlistment, including “toolkits” for draft-dodging and posts explaining how enlisting will negatively impact the lives of a Druze.

Urfod’s content has been broadcast on Roya Palestine, the Ramallah station of the Jordanian TV cable channel Roya.

According to the Im Tirtzu report, Urfod’s activities are in apparent violation of Section 109 of the Israeli Penal Code which states that a person would be subject to five years imprisonment if he or she “incited or induced a person eligible to serve in the armed forces not to serve, or not to report for military duty.”

Since 1956, following the initiative of Druze leaders, military service has been compulsory for the Druze community. Today, Druze boast one of the highest percentages of military enlistment in Israel.

The report further revealed that Urfod is funded by the Jordanian group “Ahel,” which supports groups and initiatives that “bring about change for freedom, justice and protection of human rights.” One of the campaigns listed on Ahel’s website accuses Israel of being an apartheid state.

According to Ahel’s website, its partners include George Soros’ Open Society Foundation, the German government-backed Friedrich Ebert Foundation, and the United Nations.

Responding to the report on Channel 20, Deputy Minister for Minority Affairs Fateen Mulla said: “I’m stunned that the state, police and judiciary aren’t dealing with this organization.”

“I will look deep into this matter,” Mulla continued, “and if everything I heard is found to be true I will work against this organization.”

Im Tirtzu called on Justice Minister Avi Nissenkorn (Blue&White) to “open an investigation against the heads of this radical group for promoting draft evasion in an apparent violation of the Penal Code. We also expect the Israel Tax Authority to investigate the Jordanian group Ahel that backs Urfod.”

Im Tirtzu added: “The Druze are our brothers and are a cornerstone of the State of Israel. We cannot allow radical groups with foreign interests to erode our brotherhood.” 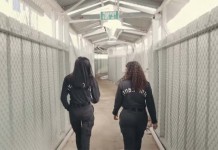 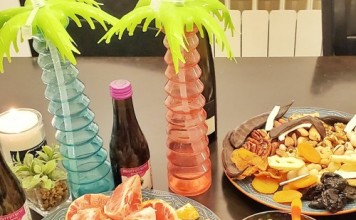