Jewish Agency chairman Natan Sharansky is preparing to suggest that women pray whenever they want, complete with prayer shawls and a Torah scroll, at the southern edge of the Western Wall, known as Robinson’s Arch.

The proposal was reported by the Forward, and afterwards the Jewish Agency released a fudgy statement that “Sharansky will present his recommendations to Prime Minister Netanyahu upon the chairman’s return to Israel from his visit to college campuses in the United States.”

“One Western Wall for one Jewish people,” Sharansky said, adding that he hopes his recommendations will allow “the Kotel will once again be a symbol of unity among the Jewish people, and not one of discord and strife.”

“Strife” is a police war. “Hatred,” ”jealousy” and “stiff-necked” are closer to the truth.

The Women of the Wall argue that the Haredi rabbis in charge of the Western Wall are insensitive to their needs and treat them as second-class citizens.

They charge that a women’s prayer minyan, complete with their own Torah reading, would offend their religious sensitivities.

An unstated but obviously huge difference is that there is no place for prayer in the Diaspora that has the holiness like the Western Wall, and there is no public area for prayer that is attended by both women and men.

The conflict will probably hit the headlines again Wednesday and Thursday, the two days that are the beginning of the Hebrew month of Iyar. The High Court has allowed the Women of the Wall to hold their own minyan at Robinson’s Arch, but the women demand they be allowed to pray at the more widely attended portion of the Western Wall.

Every Rosh Chodesh, they try to break the ban at the Western Wall and frequently are arrested. Pictures in  American media of a policeman struggling with a woman holding a Torah scroll have helped rip to the seams the fragile relationship between the Diaspora and Israel.

Sharansky has come up with a compromise that would give the women half of what they want and would spare the Western Wall rabbi and Haredi worshippers from having to pray at the Kotel while knowing a women’s minyan is taking place next to them, despite a partition, and being exposed to hearing women’s singing, which they consider a violation of Jewish law.

Anat Hoffman, leader of the WOW movement, previously has rejected what she calls a “separate but equal” solution.

Her position has been that having the right to pray in a separate minyan is only part of an overall goal, in her words, “to dismantle the Western Wall Heritage Foundation,” the Haredi Orthodox entity that oversees the Western Wall.”

After Sharansky’s proposal went public, she backed off and said she welcomes the compromise.

The idea is “very ambitious,” Hoffman said. ”You don’t always have to be right; you have to be smart — and compromise is a sign of maturity and understanding what’s at stake here.”

Neither side can get it wants without grossly offending the other, but the Haredi community cannot be expected to accept her agreement without suspicion.  If WOW want to pray as they wish, there is nothing to stop them from claiming they have the right to pray together with their husbands or male friends in a mixed minyan, which is totally prohibited in all Orthodox circles and would offend Orthodox worshippers.

But Hoffman appears to be smart enough to accept the Sharansky solution, putting the Western Wall rabbi in a position that he might as well agree gracefully rather than pitting himself against the entire political establishment outside of Haredi circles.

If he does agree, there is a good chance that the power of prayer can exceed political power. 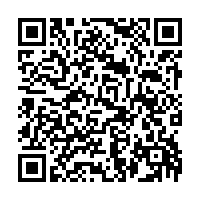