Speaking at a rural northeastern Iowa campaign stop on Saturday, former Vice President Joe Biden, who leads the field of Democratic candidates nationally by 13 points, attacked one of his major rivals, Vermont Independent Senator Bernie Sanders, for his hostility to Israel and his bias in favor of the Palestinians.

“In terms of Bernie and others who talk about dealing with Zionism, I strongly support Israel as an independent Jewish state,” Biden said on Saturday, adding, “The idea that I’d withdraw military aid, as others have suggested, from Israel, is bizarre. I would not do that. It’s like saying to France, Because you don’t agree with us, we’re going to kick you out of NATO.”

Sanders is leading the Democratic field in New Hampshire by 4 points, Pete Buttigieg is ahead by 7 in Iowa, and Biden is ahead by 20 in South Carolina and by 10 in Nevada.

In late October, Sanders told the J Street’s annual conference in Washington, DC, that should he be elected president, he would divert some of the money the US gives Israel as defense assistance to pay for humanitarian relief in the Gaza Strip.

“I would use the leverage, $3.8 billion is a lot of money and we cannot give it carte blanche to the Israeli government, or any government,” Sanders said, drawing big cheers from the J Street crowd.

Sanders added that as president he would say to Israel, “if you want military aid, you’re going to have to fundamentally change your relationship to the people of Gaza. I would say that some of that $3.8 billion should go right now to humanitarian aid in Gaza.”

Perhaps the reason Joe Biden suggested Bernie’s ideas regarding using US aid against Israel were bizarre was that Biden is familiar with the United States-Israel Security Assistance Authorization Act of 2018, which determines that the $38 billion in military aid over 10 years spelled out under the Obama administration’s 2016 Memorandum of Understanding would be funded through a special mechanism that would be separate from the annual budget.

The law ensures that US aid would not be cut once the aid memorandum came into effect starting in 2019, ensuring that the funds would not be influenced by the budget negotiations between Congress and the President. It also means that presidents would not be able to suspend US aid as a means of pressuring Israel.

Mind you, on the same campaign stop in Iowa on Saturday, Biden also attacked notions expressed by Israel’s rightwing parties to impose Israeli sovereignty on the Jewish settlements, saying it would be “a serious mistake, a fundamental mistake for the occupation of the West Bank now to become annexed property.”

But unlike Sanders, Biden showed he knew the real score when he blamed the PA for missing out on a chance to cooperate with the Obama administration back in 2014 “and get 98% of what they wanted.”

“They continued to insist on baiting everyone who is Jewish, saying they would not sign a deal with a Jewish state, will not recognize one even if we have an independent nation,” Biden told the Iowa crowd, sharing with them that he was getting “tired of everybody giving the Palestinian Authority a pass … as if they’re not continuing to foment all of this.” 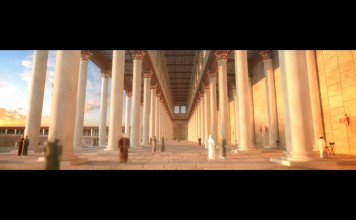 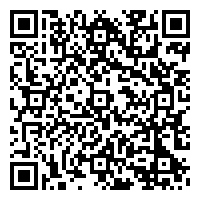