On April 6, 2016, a gathering of General Union of Palestinian Students protesters and other student groups interrupted Jerusalem Mayor Nir Barkat with hate cries during his talk at an event put on by the San Francisco State University Hillel.

SFSU President Leslie Wong last September said in a statement that his university had failed to handle the protest against the mayor of Jerusalem, noting that “the inadequate response prior to, during and following the event falls squarely on the shoulders of San Francisco State University administrators.”


In that spirit, the mayor of Jerusalem was invited back to SFSU, essentially to complete his interrupted lecture, in the name of peace and civility.

Now, a year later, Barkat decided to cancel his Friday lecture at SFSU, and on Thursday released the following official explanation:

“At San Francisco State last April, dozens of anti-Israel protesters disrupted my public lecture through intimidation and provocation, vulgarities and incitement that bordered on the anti-Semitic.

“Following the incident, President Wong invited me back to the University to provide students the opportunity to learn that they were denied last spring. I felt a moral obligation to return to San Francisco State and share Jerusalem’s progress, challenges, and opportunities.

“Unfortunately, the University did not offer the [kind of] lecture that would provide the […] healing needed, after the assault on free speech last year. Instead, the University offered a ticketed, limited event, and no legitimate effort was made on the part of the University to publicize the lecture.

“[Therefore] I have decided not to participate.

“By failing to provide the necessary public forum and properly publicize my lecture, the University has contributed to the continuing marginalization and demonization of the Jewish state. If I were a representative of any other country, no institution of higher learning would have allowed my speech to be drowned out by protestors inciting violence and then bring me back to campus in a limited, secluded [fashion]. 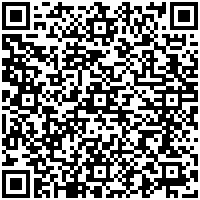