The Jerusalem Post on Friday morning ran a scary headline, with no attribution or reservation (although they might add some, now that the repercussions are starting to explode): “Five Palestinians cities to expand into Area C” —  The story followed an earlier report on the Netanyahu cabinet issuing 14,000 building permits that would double the Arab city of Qalqilya in Samaria, while allowing it to expand into Israel’s Area C (See also: “Identity Crisis? Bibi Approves 14,000 Homes for Arabs, 2,000 for Jews in Area C“).

This, surely, must have raised the blood pressure of countless Jewish readers who get their daily news from the Post, and, indeed, the story duly noted that “Right-wing politicians are up in arms over the idea of expanding Palestinian cities in Area C.”


In the actual story, they revealed the source of this frightening revelation – MK Ahmed Tibi (Joint Arab List), who spoke to Army Radio Thursday night.

Environmental Protection Minister Zeev Elkin (Likud) went on Army Radio Friday morning to respond to the Arab MK’s “scoop,” and stated: “He makes a whole salad here from all sorts of unrelated things. The decision he was talking about did not talk about building permits, but about priorities in enforcing building regulations. Tibi, as usual, is mistaken or misleading.”

Reading the rest of the Jerusalem Post story with Elkin’s notes in mind, it does come across like something posted on Peace Now’s Facebook page: “Israel notified the Palestinian Authority that five Palestinian cities – Ramallah, Hebron, Tulkarem, Jenin and Qalqilya – would be allowed to expand from Area A into Area C,” and “The expansion plan fits into the contours of an emerging US effort to resolve the Israeli-Palestinian conflict as part of a vision of a wider peace deal that would involve some of the Sunni Arab states.”

To lend credibility to the Tibispeak story, the Jerusalem Post noted that the opposition Arab MK was spreading the news “prior to the anticipated return of US envoy Jason Greenblatt to the region, who was last here two weeks ago to speak with Israelis and Palestinians about US President Donald Trump’s peace efforts.”

Of course, in the end it could also turn out that Tibi was right and Elkin was out of the loop… 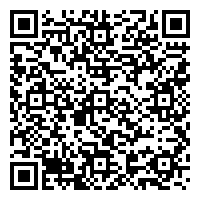