New York City Mayor has announced a “new pathway” to address the ongoing crisis of people with severe mental illness who are “untreated and unsheltered” in the city’s streets and subways.

Adams told reporters at a news conference Tuesday that he is issuing a clarification directive explaining the legal rights of police officers and mobile crisis outreach teams to take someone, even against their will, to an emergency room for psychiatric evaluation and possible admission to an inpatient psychiatric unit.

The directive was issued to city agencies and contractors involved in evaluating and providing psychiatric care to those in crisis “so that more people in need of help receive it.”

The document clarifies when and how police officers and licensed members of a mobile crisis outreach team can take someone who appears to be mentally ill and/or dangerous to himself or others into custody for the purpose of bringing them for a psychiatric evaluation to determine whether they need inpatient mental health treatment.

Adams also said he plans to pressure legislators in Albany to tighten New York State’s Mental Hygiene Law to enable the city to contend with the issue of mental health.

In addition, Adams announced new clinical co-response teams to be deployed in the subways, and enhanced training for first responders who face those with serious mental illness. The clinical co-response teams are to be made up of joint patrols of the New York City Department of Health and Mental Hygiene (DOHMH) and the New York City Police Department (NYPD).

The mayor’s directive clarifies that outreach workers, city-operated hospitals, and first responders have the legal authority to provide care to New Yorkers “when severe mental illness prevents them from meeting their own basic human needs to the extent that they are a danger to themselves.”

Adams said the directive is intended to dispel “a persistent myth” that the legal standard for involuntary intervention requires an “overt act” demonstrating that the person is violent, suicidal, or engaging in outrageously dangerous behavior likely to result in imminent harm.

The city will also establish a hotline to provide police officers in the field with clinical advice when they are dealing with people who appear to be mentally ill.

It’s not clear, however, whether a police officer can really be expected to dial up a clinician when contending with a seriously mentally ill individual, particularly if that individual is threatening or already violent.

Moreover, the directive does not address “the day after” – the issue of what happens when a homeless mentally ill person is discharged from a stay in the hospital.

Intensive mental health treatment won’t be effective if a challenged individual has no income, nowhere to live, no follow up and no way forward once he leaves the hospital – including those who are homeless but refuse to enter a city shelter.

Regarding the latter, Deputy Mayor for Health and Human Services Anne Williams-Isom said the city government is “pursuing all other areas for assistance: health, social services, legal and legislative.”

The real issue, of course, is public safety. Many New Yorkers are afraid to use the city’s subways simply because they are unwilling to gamble on the possibility they might be shoved off the platform, a real danger that is far too common. 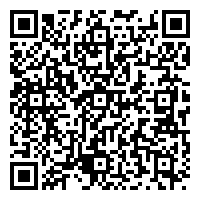