The nomination of Bagley, who served several US presidents, starting with Jimmy Carter, hit a wall last week after the Washington Free Beacon reported that in a 1998 interview, Bagley said American lawmakers support Israel because they want the Jewish lobby’s money. She also said––in 1998––that moving the US embassy to Jerusalem was a stupid idea that politicians love to repeat but would never do anything about it.


Sen. Ben Cardin (D-Md.), who is Jewish, told Bagley, “The choice of words fit into the traditional tropes of anti-Semitism. And I know your background, I know who you are, and it is just language that we would think that as a diplomat—you had then been ambassador to Portugal—that your language would have been more guarded than that.”

Bagley responded that the interview, which was very long, was a free-flowing conversation and admitted that she used a “poor choice of words,” which she regretted.

Sen. Robert Menendez (D-NJ) grilled Bagley on comments she made about the Cuban lobby, which, like the Jewish lobby, enjoys an outstanding influence over US policies. “Explain to me what you meant by that. Is it a suggestion that one group of Americans don’t have the right to engage in the political process as others do?” the Cuban American Senator, who is very much a friend of Israel, demanded to know.

In my coverage of the full text of that unfortunate interview last week (Next US Ambassador to Brazil Nomination in Trouble over ‘Jewish Lobby’ Interview), I pointed out that Bagley’s comments probably did not qualify as antisemitic under the International Holocaust Remembrance Alliance’s working definition of antisemitism, and wondered whether the mere mention of the fact that there exists a Jewish lobby advocating for issues that matter to Jews is a form of antisemitism.

I did agree that the interviewer, Stu Kennedy, held anti-Israel views, and I attribute some of Bagley’s questionable responses to his egging on.

Rep. Lee Zeldin (R-NY), the co-chair of the House Republican Israel Caucus, feels differently, and went as far as to compare Bagley to Congresswoman Ilhan Omar (D-Min). She probably isn’t quite that terrible. 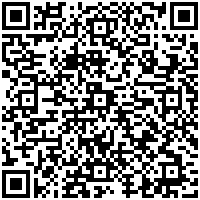