Israel Police called on the public this weekend to pay attention to alerts that may be issued via the media in connection to the stormy weather that has arrived in the region, leaving its cold, wet fingers all over the various communities in the country.

In one instance, Israel Police officers swam to reach motorists trapped in a car in Tel Aviv, near Allenby Street, that was almost completely under the flood waters.

Thousands of calls have been received at Emergency Centers and at the Israel Police hotline call center, prompting hundreds of officers to be dispatched out to rescue motorists along the highways and local roads across the country.

One phone call was reached from a man who was trapped in a flooded, barred basement apartment in Tel Aviv around midday on Allenby Street, with water already reaching waist-high, and continuing to rise.

Police officers gathered at the scene to break the bars in the apartment window, and pull the man out to safety just as he was beginning to suffer from hypothermia.

Another, similar situation took place in the town of Or Yehuda, where police received a call about a flooded house. A police jeep unit worked its way through the flooded street and yard, together with a medical unit, to reach the flooded home and the woman who needed help, to bring her out to safety.

In a separate, tragic instance, two people in Tel Aviv drowned when the elevator they were in short-circuited and became flooded with water. Emergency crews came to rescue them but they succumbed shortly after reaching the hospital.

The Israel Police called on drivers to adjust travel to road conditions, avoid roads that are flooded, and slow down in inclement weather.

Police also advised travelers to cancel trips in riverbeds to areas that might flood in bad weather; also to exercise caution near where there is a danger of falling, drifting and drowning.

The public is urged to remain “connected to the media” during this period of stormy weather, said a police spokesperson, and to “heed police instructions.” By the way, just a reminder: lights must be turned on during road travel from now until spring.

In addition, “Israel Police will always publish information regarding roadblocks and other traffic disruptions due to the weather so it’s important to stay in touch with the Israel Police National Information Center, at 110.

In any emergency on the road and in general emergencies, call the Israel Police 100 hotline as soon as possible.

Remember: Keeping the rules of safety and driving safe can save lives – please drive carefully and avoid unnecessary travel in inclement weather.

The rain is expected to give way to drizzle and then simply unseasonably cold weather on Sunday, clearing by Monday. 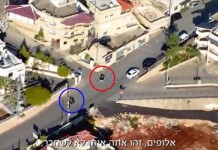 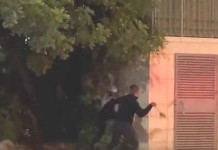 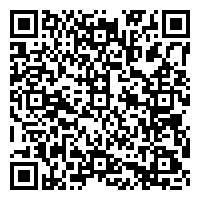