The Torah twice writes that the manna resembled the gad seed (Exodus 16:31 and Numbers 11:7).

Targum Onkelos leaves “gad” untranslated. Targum Yonatan, however, translates it as “kusbar” (coriander). Menachem Ibn Saruk similarly identifies “gad” as “kusbarat,” while the Radak in Sefer HaShorashim identifies it as “kusbarta.” Rashi writes that the gad plant is coriander.

Rabbi Dovid Golumb (1861-1935) in Targumna, however, believes “kusbara” consists of two Hebrew roots that mean cut up, chewed up, or masticated: kaf-vav-samech (or perhaps kaf-samech-samech) and bet-reish (see Ezekiel 23:47).

Interestingly, the Talmud (Avodah Zarah 10b) relates that when Antoninus sent Rebbe a coded message about his promiscuous daughter, Rebbe replied by sending him kusbarta, which was supposed to mean that he should put her to death, as “kus” means to chew or slaughter (see Pesachim 63a, which teaches that “kus” in Syriac means to slaughter) and “barta” means daughter.

Ultimately, when Antoninus pointed out that doing so would totally erase his progeny, Rebbe encouraged the Roman official to have mercy on his deviant daughter (see Rabbeinu Chananel, Sefer HaAruch, and Rashi).

Others explain that Antoninus actually misunderstood the meaning of Rebbe’s message, as the word “kusbarta” was really meant to stand for “kasha” (cover up) and “barta” (daughter); in other words, he was telling Antoninus to cover up her misdeeds and not punish her (Tosafos Rabbeinu Elchanan, Tosafos HaRosh, and Nimukei Yosef there).

Returning to the word “gad,” Rabbi Shlomo Pappenheim of Breslau (1740-1814) believes the two-letter root gimmel-dalet means attachment/connection. Other words that derive from this root, he writes, are “gad” (a spiritual force attached to a specific physical entity), “gid” (sinew, which holds together different parts of the body), “gedud” (squad, a unit of soldiers joined together), and “haggadah” (the act of presenting new information by merging it into a broader narrative).

“Meged” (Deuteronomy 33:13-14), “megadim” (Song of Songs 4:13), and “migdanot” (Genesis 24:53) all refer to sweet-tasting foods, as one’s palate desires to connect to such delicacies. Rabbi Pappenheim thus suggests that perhaps the gad seeds of the manna were sweet edible seeds.

As noted earlier, not everybody agrees that “gad” means coriander. Rabbi Yehudah Ibn Balaam (1000-1070) writes in the name of Rabbi Hai Gaon (939-1038) that “gad seed” means “mustard seeds.” Ibn Ezra (on Exodus 16:31 and Numbers 11:7) cites this opinion as well and concludes that he is unsure if “gad” means mustard or coriander.

Rabbi Yehuda Leib Krinsky (1840-1915) writes in Yahel Ohr that Ibn Ezra reasoned that “gad” is related to “gedi” (kid or young goat), which denotes the smallest type of caprine animal, so it could make sense that when describing seeds, “gad” would refer specifically to the mustard seed, which is used in the Talmud to denote the smallest type of seed.

Rashi (to Exodus 16:31), the Rashbam, and the Radak write that although the Torah describes the manna as resembling “white gad seed,” it does not mean to imply that gad seeds are white. Rather, the Torah means that the manna was white and that its shape resembled a gad seed.

Finally, Rabbi Golumb suggests reading “gad” backwards as “dag” (fish). He explains that fish seed in the context of the manna refers to caviar, an especially notable and prominent food. 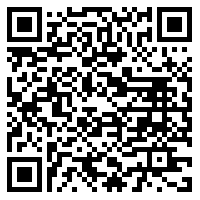