In the lead up to the Jews’ exodus from Egypt, G-d smites the Egyptians with 10 plagues, forever immortalized in Jewish lore as the Eser Makkot. “Makkah” means hit, so “Eser Makkot” literally means “10 hittings.” A Talmudic tractate on the halachot of judicial floggings is called Makkot, yet elsewhere in rabbinic literature, floggings are usually called “malkut.” Is there any difference between “makkot” and “malkut”?

Menachem Ibn Saruk (920-970) and Rabbi Shlomo Pappenheim (1740-1814) write that “makkah” can be traced to the single letter root kaf, which means hitting. However, many Hebrew grammarians (e.g., Ibn Chayyuj, Ibn Janach, and the Radak) reject the notion of monoliteral roots, and argue instead that the root of “makkah” is nun-kaf-hey (with the nun often dropped when the word is conjugated). From the primary meaning of hitting, “makkah” also came to mean a wound (the product of such physical contact), and from there it was further expanded to mean plague.

The word “malkut” does not appear anywhere in the Bible but does appear in Mishnaic Hebrew. The prominent linguist Avraham Even-Shoshan (1906-1984) writes in his dictionary that this word (commonly misprounounced as “malkot”) is actually derived from the Aramaic root lammed-kuf-hey, which means hit or damage. He compares it to the Akkadian “laku,” which means weakened. According to Even-Shoshan, “malkut” and “makkot” essentially mean the same thing, just in different languages.

(The English word “lick” – in the expression “to lick one’s enemies” [based on Numbers 22:4] – means to smite or defeat, and “to lick the whip” means to taste punishment. Nonetheless, linguists say the Semitic roots of lammed-kuf-hey [hitting] and lamed-kuf-kuf [licking] only resemble each other by chance.)

Rabbi Eliyahu HaBachur (1468-1549) writes in Meturgaman and Sefer HaTishbi that whenever the Torah uses “makkah” in the sense of hitting someone as a punishment or chastisement, the Targum translates it into a “lakah”-based word. When, however, the word is used in reference to hitting someone to hurt or kill him, the Targum uses other words unrelated to “lakah.” HaBachur also notes that “lakah” is not a perfect translation of “makkah” because the latter is used for someone hitting another, while “lakah” is used for someone being hit.

The great kabbalist Rabbi Naftali HaKohen Katz of Frankfurt (1649-1718), in Smichas Chachamim, asks why the Talmud tractate is called Makkot, not Malkut. He offers two answers: Firstly, the tractate’s name is derived from the verb used in the Torah to refer to flogging a sinner (Deuteronomy 25:2-3). Second, “Makkot” has the same letters as “ka’mavet (“like death”), which alludes to the halachic principle that being flogged is like a mini-death (Sanhedrin 10a).

Rabbi Shmuel Taieb (d. 1956) in Shemen Tov explains Rabbi Katz’s question by noting that the Talmud often uses the word “malkut” to refer to lashes ordained by the Torah, and “makkot” (as in “makkot mardut”) to refer to floggings ordained by rabbinic decree. Since the tractate elaborates on the rules of biblically-ordained lashes, one would expect it to be called Malkut, not Makkot. Hence Rabbi Katz’s question.

In light of HaBachur and Even-Shoshan’s understanding, we can suggest that the name of the tractate in question is Makkot in Hebrew and Malkut in Aramaic. In fact, many Hungarian/chassidic Jews actually have a custom to refer to Tractate Makkot as Tractate Malkut.

Rabbi Yisrael Lipshutz (1782-1860) writes in Tiferes Yisrael that “lakah” does not exclusively mean hit; it can serve as a general expression for breaking, damaging, or rendering defective. Indeed, in rabbinic literature a solar or lunar eclipse is described as those luminaries being “lakah” (Sukkah 29a), and black blood is described as red blood that was “lakah” (Sukkah 33b). Perhaps, then, the tractate is called Makkot because it is a more specific term than “malkut” and only means flogging.

Rabbi Elazar Rokeach of Amsterdam (1665-1742) in his kabbalistic commentary to the Mishnah, Maase Rokeach, actually takes the exact opposite approach. He argues that “malkut” only denotes physical hitting while “makkot” denotes any sort of painful ordeal. Since the tractate discusses, not only the laws of flogging, but also the laws of exile (in a city of refuge following an accidental murder), it was called by the more generic word “makkot.” 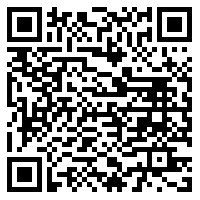