When Moses passed the torch of leadership to Joshua, he said to him, “Chazak v’ematz – Be strong and be strong” (Deuteronomy 31:7 and 31:23). After Moses’ passing, G-d Himself used this expression four times when speaking to Joshua (Joshua 1:6-18). What is the deeper meaning of this seemingly redundant expression which uses two words for strength?

Rabbi Avraham Bedersi HaPenini (a 13th century Spanish sage) and Rabbi Shlomo Aharon Wertheimer (1866-1935) argue that “ometz” refers to an above-normal amount of strength while “chozek” is the standard term for strength.

If a person grows especially weak and is then nursed back to health, the word “chozek” is appropriate. “Ometz” would be inappropriate because the strength he possesses is not greater than that of a regular person.

The Vilna Gaon (to Joshua 1:7 and Proverbs 24:5) maintains that “chozek” denotes physical strength while “ometz” denotes strength in the heart. The Malbim echoes this distinction in his work Yair Ohr on Hebrew synonyms, but elsewhere (on Isaiah 28:2) the Malbim writes that “chozek” denotes a sort of temporary strength while “ometz” denotes a more resilient form of strength that constantly recharges itself and never weakens or falters.

In his HaRechasim LeVikah, Rabbi Yehuda Leib Shapira-Frankfurter (1743-1826) lists three types of strength: “gevurah” (physical strength), “ometz” (the strength in one’s heart – i.e., spiritual resolve), and “chozek” (strength of will – i.e., courage). To illustrate the difference between the latter two words, he writes that chozek is necessary to enter a battle or other dangerous situation without being scared while ometz is necessary to remain in battle and not run away when things heat up.

How does this explanation fit in with what we have learned? Rabbi Wertheimer explains that the greater Torah scholar a person becomes, the more effort he must exert on performing good deeds and not lose himself in the more theoretical world of study. In light of the above, the strength of will required to do this is most appropriately termed “ometz.”

Rabbi Shlomo Pappenheim of Breslau (1740-1814) traces “ometz” to the two-letter root mem-tzadi, which means sucking or squeezing. Other derivatives of this root include “mitz” (juice) and “metzitzah” (sucking). When a person has ometz, he musters all his strength and squeezes out every last ounce of energy. Red horses are described as “amutzim” (Zechariah 6:3) because they exert so much effort that their blood rises to the surface of their skin as if it was squeezed out, and this causes even their hairs to be colored red.

Rabbi Dr. Asher Weiser (editor of the Mossad HaRav Kook edition of Ibn Ezra’s commentary to the Pentateuch) argues that “ometz” is related to “otzem” (strength). He establishes this connection by stating that the aleph of “ometz” is interchangeable with the ayin of “otzem,” and the other two consonants switch places by way of metathesis.

How does “otzem” mean strength? Rabbi Yehuda Leib Edel (1760-1828) explains that “otzem” refers to growth in the sense of added quantity (see Exodus 1:8, Deuteronomy 7:1, Joel 2:2, and Psalms 35:18). The word was then expanded to refer also to inherent strength, i.e., added quality, not just quantity. Alternatively, he explains that “otzem” in the sense of strength is borrowed from the word “etzem” (bone) because bones are the strongest components of one’s anatomy.

Rabbi Moshe Shapiro (1935-2017) notices a common theme among all words that contain the two-letter string ayin-tzadi: “Eitz” means tree, which contains within itself everything that will be created from it; “etzem” means self, which contains the sum total of all of one’s potential; “atzuv” means sad, the feeling that leads a person to retreat into himself; “atzel” means lazy, the state in which a person keeps all his potential bottled up inside; “otzer” means stop, i.e., holding something back from further expanding, thus keeping its potential for growth locked up inside; and “otzem” means potential strength pent up within a person.

(The word for advice, “eitzah,” similarly uses this two-letter combination because an honest advisor can only offer his counsel to the extent that he grasps the entirety and essence – the etzem – of what is being considered.)

Rabbi Aharon Marcus (1843-1916) writes that a tree is called “eitz” because of its hard or strong trunk. He further writes that “atzuv” is related to “eitz” in the sense of wood because sadness is a dry emotional state in which one is bereft of life and happiness. In a fascinating twist, Rabbi Marcus connects “otzem” and “eitz” to “oz” – all of which mean strong/hard – by noting the interchangeability of tzadi and zayin. 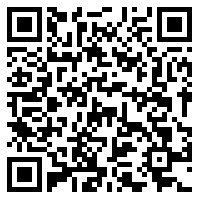