Prelude To The Satmar Wedding

In pre-Holocaust Europe it was a custom that in advance of a chassunah in the family of a chassidishe rebbe, visits were made to the gravesites of grandparents, great-grandparents, etc., to invite them to the wedding. The belief that the souls of ancestors attend and enjoy the chassunah of their descendants is embraced in chassidishe communities. Before the Holocaust, when the burial places of forbears were never too far away, such visits were routine and inexpensive. The chassan, whether a son or a future son-in-law, would usually be included in the visits. Increasingly, the practice is again being upheld.


On Monday, May 7, Rabbi Menachem Mendel Teitelbaum, Williamsburg Satmar Rav, returned from a group trip to Eastern Europe where he visited holy gravesites and consecrated places. The eldest son of Rabbi Aaron Teitelbaum, Satmar Rebbe, the Williamsburg Satmar Rav went to pray at the gravesites of his ancestors and to invite them to the forthcoming wedding of his son, Yekusiel Yehuda (Zalman Leib) Teitelbaum, who will marry Rivka Weisz, the youngest daughter of Rabbi Naftali Tzvi Weisz, Boro Park Spinka Rebbe. They were engaged in the middle of the summer of 2011. The lineage of both families was detailed in the August 5, 2011 My Machberes column.

The shidduch was proclaimed at Camp Imrei Yosef in South Fallsburg, where Rabbi Dovid Dov Berish Meisels, Boro Park Satmar Rav and grandfather of the chassan, delivered divrei Torah honoring the event. Dozens of buses brought participants from the Satmar bungalow colonies in Monticello. Simultaneously, hundreds of chassidim joined the Satmar Rebbe, paternal grandfather of the chassan, at Beis Medrash Machazikei Hadas in Bethlehem, New Hampshire, celebrating the simcha. In addition, the Satmar camp in Liberty, where the Williamsburg Satmar Rav was for the summer, celebrated the shidduch.

Praying And Singing In Cemeteries

The Williamsburg Satmar Rav departed for Eastern Europe on Monday afternoon, April 30. Together with immediate family members and a select group of chassidim they landed in Frankfurt on Tuesday morning, from where they continued on to Krakow, Poland.

There, they immersed in the mikveh at the Eden Hotel and davened Shacharis at the Remuh shul, built in 1557 and presently led by Rabbi Boaz Pash. The Remuh shul, the smallest of Krakow’s eight surviving synagogues and its only active one, is named in honor of Rabbi Moshe Isserles, zt”l (1525-1572), who authored the preeminent commentaries on the Shulchan Aruch and whose yahrzeit is on Lag B’Omer. His commentaries are accepted by Ashkenazic communities throughout the world. After Shacharis, the group visited both nearby Jewish cemeteries and prayed at the gravesites of great rabbis.

They group then traveled to Brigel, to the gravesite of Rabbi Aryeh Leib Lipshitz, zt”l (d. 1850), rav of Vishnitza, author of Aryeh D’bei Ilouie and son-in-law of Rabbi Moshe Teitelbaum, zt”l (1759-1841), Uheiler Rebbe, author of Yismach Moshe, and founder of the Sighet and Satmar Chassidishe dynasties. From there the group went directly to the ohel of Rabbi Chaim Halberstam, zt”l (1797-1876), venerated Sanzer Rebbe and author of Divrei Chaim, where they prayed. The next stop was Dinov, where they spent the night.

On Wednesday morning, May 2, after prayers in the ohel of the tzaddikim of Dinov, the eternal resting place of Rabbi Menachem Mendel Rubin, zt”l (1740-1803), Linsker Rebbe and founder of the Ropshitzer dynasty, the group proceeded to the two ohels in Rimanov. At the gravesite of Rabbi Menachem Mendel Turim, zt”l (1745- 1815), Rimanover Rebbe, the Williamsburg Satmar Rav movingly intoned Tehillim chapters 23 and 24, verse by verse, which were repeated by the assemblage.

The next stop was Reisha, at the burial places of Rabbi Elimelech Weissblum, zt”l (1817-1849), Rudniker Rebbe, and his son Rabbi Elazar Weissblum, zt”l (1838-1910), Reisha Rebbe who was raised by the Divrei Chaim, had a special gift of healing, and authored Mishnah Lemelech. In honor of the Reisha Rebbe a charity collection was made for Kollel Toldos Elazar in Jerusalem. The group then went to Lijensk, where they immersed in its mikveh and davened Minchah. The Williamsburg Satmar Rav then conducted a L’chaim Tisch before entering the ohel of Rabbi Elimelech Weissblum, zt”l (1717-1787), Lijensker Rebbe and author of Noam Elimelech. The prayers there were exceptionally inspirational, especially during the recitation of the Tefillah Kodem HaTefillah, authored by the Noam Elimelech. This was followed by a verse-by-verse recitation of Tehillim 130. 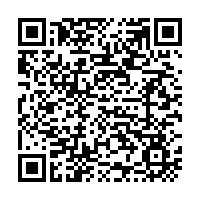