Sometimes people ask me questions that have been circulating for a while. That doesn’t mean I don’t have answers, though.

When your photo is taken for your driver’s license, why do they tell you to smile? If the police stop you and ask to see your license, do you want them to look down and see you grinning like an idiot?

You don’t really need to smile. But saying, “Smile” is their universally-understood method of letting you know they’re about to snap the picture so you’re ready. Their other option is yelling, “Now!” And having you go, “Now what?” and every license photo will have you looking panicked. Which I suppose is more appropriate for getting pulled over.

Yeah, but it’s a lot slower. The person right next to you goes, “Oh!” and then there’s enough time for you to look around for a moment and go, “What? Oh!” Also, by the time I smell, from my desk in the living room, that my pizza bagels are ready, they’re already burnt. I’m smelling the bagels as they were eight minutes ago.

If you’re bald, what hair color do they put on your license?

The color of your nose hair.

Do dentists go to other dentists, or do they just do their work themselves?

They do it themselves. They use a system of several mirrors, lie to themselves about how “this is just going to pinch a little,” and then they knock themselves out. Alternatively, they talk the hygienist through it, and she does what she can, given that she can only understand every other word.

You can probably just chase it away, considering that an endangered animal that gets all its nutrients from plants isn’t going to be that dangerous to you, especially since you probably know your way around wildlife, seeing as you’re enough of an expert to know from that kind of distance that the plant it’s eating is endangered.

Why does my dog stick his head out the window during car rides, but he gets mad at me if I blow in his face?

It probably has more to do with your breath.

If a mime is arrested, do they tell him he has a right to talk?

No, but they do put him in a random corner and tell him it’s a jail cell.

In the song “Yankee Doodle,” is he calling the pony or the feather “macaroni”?

Well, obviously, he didn’t come all the way to town just to name his pony. I didn’t even know that adults were allowed on ponies, but I guess people weighed considerably less back then, despite all the macaroni. I’m also not sure why he’s suddenly naming the feather. Did he come to town with this feather, or did he get it once he came to town? It’s never mentioned. Maybe he’s calling the town macaroni. Grammatically, though, he may be calling the hat macaroni. Or the fact that the feather is in his hat. I actually looked into it, and I found out that back then, “macaroni” meant stylish. This guy riding into town low down on his tiny horse is the trendsetter for style. Nowadays, a lot of people still wear feathers in their hats, but if you say, “Wow! That’s macaroni!” they’ll have no idea what you’re talking about.

Why is the alphabet in that order? Is it because of the song?

Not likely. It’s not like it’s a great song. It’s a blatant rip-off of “Twinkle Twinkle Little Star,” except that the lyrics don’t quite fit, and you have to cram in elemenohpee where there’s room for maybe two or three letters, and then you have to tack on a whole line at the end that implies that you’re going to sing the song again – with help this time – just because if you didn’t say that you’d have an odd number of lines. More likely, the song came about because the alphabet was already in that order, and someone noticed that nine of the letters rhyme. Unless you live in a country that calls it a “zed.”

Why are tiny chocolates called “fun size” if the big ones are considerably more fun?

Because they’re more fun to give to other people. Especially kids. Ever clean up a kid who’s eaten a big candy bar? That’s not fun.

Why do we drive on a parkway and park on a driveway?

Okay, let’s get one thing straight first: You can definitely drive on a driveway. Just not at the speeds that you can on the parkway. You can’t fly, for example. If you want to fly, you need a runway. But officially you’re supposed to park in your garage. It’s not the linguists’ fault that your garage is full of bikes and tools and a sukkah. But a parkway, meanwhile, is the result of deforestation of areas that used to be parks, which would explain all the trees on both sides of the parkway. They’re not just a very public restroom.

Why doesn’t glue stick to the inside of a bottle?

It totally does. When you buy an 8-oz. bottle of glue, there’s no way you’re getting 8 ounces. It’s bad enough that if you use it once, you’re probably never going be able to get the bottle open again.

Why do we say “a pair of pants” if there’s only one article of clothing involved?

Because when pants were invented, they originally came in 2 pieces – one for each leg – and they were attached at the top by a zipper that went all the way around. This was discontinued eventually because it was a pain to find a matching set. But it’s also why we say “a pair of underwear.”

(NOTE: I actually made this all up, but then I looked it up, out of curiosity, and it turns out that it’s mostly true.)

Why do baby clothes have pockets?

So they can carry your house key on Shabbos. Until they realize it’s in there.

Why do kamikaze pilots wear helmets?

They don’t want anything to happen before they get to their destination.

How do “Do not walk on the grass” signs get there?

How does a thermos know if the drink should be hot or cold?

It takes a wild guess and goes for it. It’s only right about 25% of the time.

Why do banks leave the vault door wide open but the pens are chained to the counter?

Because the pen is mightier than the sword. They don’t want you to take over the bank. Also, the pens aren’t insured. Also, people aren’t going to walk off with the money by accident.

Are You Completely Nuts? Three Answers to Aliyah Questions 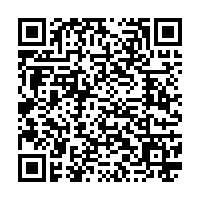