Spending my days on Twitter as @israel_shield protecting Israel from rabid Palestinian, Arab and anti Israel propaganda, I often deal with the infamous #boycottIsrael hashtag.

Organizations such as BDS and other anti Israel, terror supporting groups use every tactic under the sky to scare, threaten and sometimes even violently frighten people into boycotting Israeli goods.

Profanity, violence and the blatant disregard for freedom of speech are all “kosher” when it comes to anti Israel hooligans.

Another example of a violent anti Israel demonstration took place on the streets of LA as a lone 16 year old Jewish boy named Daniel proudly marched wearing an IDF shirt and waving the blue and white flag of Israel while being verbally attacked by the pro Palestine mob.

These are not isolated incidents but rather recurring situations. Palestinian activists believe in the destruction of Israel and will stop at nothing to silence those who dare to tell the truth and support the Jewish State.

The most recent fiasco by the infamous BDS movement came about as they lied about a recent Delta airlines decision to boycott Israeli goods. The BDS bullies posted, tweeted and reported a supposed victory as they announced that Delta airline will no longer serve an Israeli made snack.

This however REALLY happened on Delta. Be forewarned, you will crack up laughing when you watch this!

When it comes to pro Palestine demonstrations, these activists demand freedoms that they themselves do not offer others. Even in the Israeli parliament, anti Israel members of Knesset constantly bash Israel while praising the work of blood thirsty Arab Muslim Palestinian terrorists and then have the Chutzpah (audacity) to call Israel an Apartheid as they are spewing their hate from the Knesset podium.

I wonder what would happen to a Jew who would criticize the government in Iran, Syria, Iraq or any of the 22 Arab countries like Achmed Tibi does in Israel.

My first reaction to these biased anti Israel boycotts was to show these movements just how many services, products and goods the Jewish State has contributed to the world. If you’re going to boycott Israel, you better do it right! 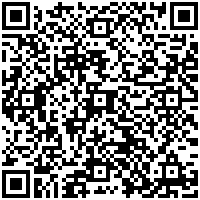