Yesterday, the Haifa District Court rejected claims that Israel was at fault over the death of American Rachel Corrie.

Corrie, an ISM activist, was flattened and killed by an IDF armored bulldozer in 2003 while protesting Israel’s right to defend itself of clearing terrorist minefields in the Gaza Strip near the Egyptian border.


Corrie’s family accused Israel of intentionally and unlawfully killing their 23-year-old daughter, and launched a civil case after an IDF military investigation cleared the army’s commanders and soldiers of wrong-doing. YNET reports:

In a ruling read out to the court, Judge Oded Gershon called Corrie’s death a “regrettable accident”, but said the state was not responsible because the incident had occurred during what he termed a war-time situation. At the time of her death, during a Palestinian uprising, Corrie was protesting against Israel’s demolition of Palestinian homes in Rafah in the southern Gaza Strip.

“I reject the suit,” the judge said. “There is no justification to demand the state pay any damages.” He added that the soldiers had done their utmost to keep people away from the site. ”

She (Corrie) did not distance herself from the area, as any thinking person would have done. He rejected a claim of negligence explaining that the bulldozer’s driver had limited vision unlike Corrie. “She consciously put herself in harm’s way,” Gershon said. The accident had been self inflicted, he added. ”

The judge found that Corrie was in a closed military zone. Further, he ruled that, based upon the evidence, the driver of the bulldozer, whom the plaintiffs had claimed intentionally or negligently killed Corrie, could not have seen the International Solidarity Movement volunteer before she was struck. Corrie could have saved herself, the judge found, if she had removed herself from the situation. All claims of negligence against Israel in the death of Rachel Corrie have been dismissed. Corrie’s parents, the plaintiffs in the wrongful death case, will not be charged with court costs.

While my heart goes out to the Corrie family whose daughter was killed, it’s tragic that the ISM used Rachel Corrie as a “Useful Idiot” in their war for the destruction of Israel. The Corrie family’s anger and grief should be directed at the ISM which cynically used Corrie as a pawn against the IDF.

The Corrie family wrongly claims that was a plan to escalate the confrontation between the bulldozers and the “peace activists.” Apparently, there was a plan, but not the way the Corrie’s have been led to believe…

But it was the ISM members who decided to escalate, as described by Newsweek writer Joshua Hammer in a lengthy article in Mother Jones. Why? One possible reason was because of the sexual tension that was hurting their relations with the local Palestinians.

“An anonymous letter was circulating,” Hammer reported, “which referred to Corrie and the other expatriate women in Rafah as ‘nasty foreign bitches’ whom ‘our Palestinian young men are following around.’ That morning [of Corrie’s death], the ISM team tried to devise a strategy to counteract the letter’s effects.

‘We all had a feeling that our role was too passive,’ said one ISM member. ‘We talked about how to engage the Israeli military.’ That morning, team members made a number of proposals that seemed designed only to aggravate the problem. ‘The idea was to more directly challenge the Israeli military dominance using our international status,’ said the ISMer.”

Years later, the picture is much clearer, as we know that ISM female activists are routinely harassed and sexually assaulted by Palestinians.

Reported by the Muqata, 2 years ago:

Back in July, Ha’aretz reported the story of a former Arab convict named Alladin who would find these young female peace activist staying in nearby villages, he would tell them he was on the run from the Shabak (Israel security), and ask them to hide him.

These young female dupes would of course be happy to help an Arab on the lam from the Israeli authorities and let him sleep in their rooms. So far one girl initially came forward about the attempted rape against her. She was found wandering the village of Umm Salmuna (near Bethlehem) in a state of shock, so who knows if the attempt actually failed. 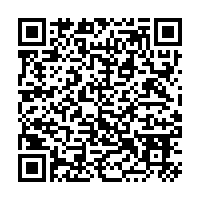