Yesterday, March 11, 2013, the European Union commemorates the 9th European Day in Remembrance of Victims of Terrorism.

All acts of terrorism are criminal and unjustifiable, wherever they took place or whoever committed them. Therefore, our resolve to defeat terrorism must never weaken or falter even for a day, and our support to victims to meet their needs must remain a priority, as well as our commitment to actively promoting a policy of international solidarity.


Seems like a good time to remind him of the need to outlaw the outrageous and flagrant terrorists of Hizbollah whose supporters operate within the law in Europe with no evident interference from officials of the E.U. or of its Counter-Terrorism Coordinator. This ought to surprise us given that a Bulgarian court found last month that it was Hizbollah that stood behind the terrorist attack last summer on a tourist bus full of Israelis, killing five of them and their driver.

Mr de Kerchove knows this. But despite his public call today never to weaken or to falter “even for a day” in the battle to defeat terrorism, he doesn’t actually seem to mean the Hizbollah brand of terrorism, but other terrorisms. (Truthfully, we’re not completely sure which, but it seems that he is).

Here is how he expressed it in a January 28, 2013 interview (“EU official: Hezbollah unlikely to get on terrorism blacklist“) with E.U. Observer when asked if Europe should go along with the requests of the United States and Israel to make it illegal, for instance, to give donation money to Hizbollah:

…For De Kerchove, the situation is not so simple. “First, we need to reach conclusions with strong evidence that it was the military wing of Hezbollah [which indeed carried out the terrorist bombing at Burgas airport in Bulgaria]. That’s the prerequisite, even in legal terms, but then, as always in the listing process, you need to ask yourself: ‘Is this the right thing to do?’… For Hezbollah, you might ask, given the situation in Lebanon, which is a highly fragile, highly fragmented country, is listing it going to help you achieve what you want? … There is no automatic listing just because you have been behind a terrorist attack. It’s not only the legal requirement that you have to take into consideration, it’s also a political assessment of the context and the timing…”

The interview was given just before the Bulgarians found, judicially, that Hizbollah was the culprit, so at least that prerequisite was satisfied. But that – why are we surprised? – is evidently not enough.

He noted there is “no consensus” among EU states on whether listing Hezbollah would be helpful or not [E.U. Observer]

which is a very good way to say what official Europe really feels about the battle against the terrorists.

In simple terms, the Commissioner’s official statement today, the one that appears in the press release above, should not be taken too seriously. Perhaps it was only intended for the terror victims and their commemoration ceremonies in the first place. If you really want to go after the terrorists, then the way forward – according to Europe’s Counter-Terrorism Coordinator – calls for more than mere resolve. You need consensus and agreement as to whether it will be helpful.

European politics is populated by a multitude of individuals who are hopelessly ambivalent about the Islamists. As for serious European moves against terror, we can expect to see them limited to press releases and wreath laying ceremonies in civic squares.

Out on the streets and railways and airports of Europe? Not so much. 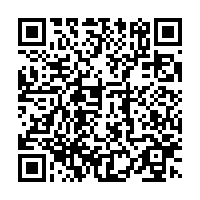